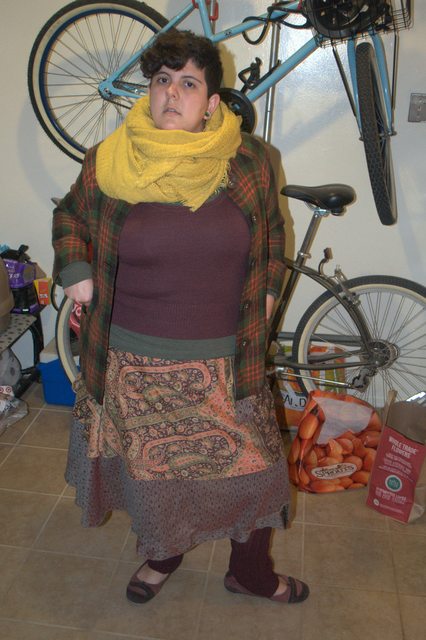 I made a commitment to weekdaily posts, and I don’t back down. What’s the difference between a dedicated blogger and a pit bull with lipstick? The pit bull knows when to let go. Also, she takes the time to at least attempt to work on her appearance. Obviously the blogger stopped caring years ago.

Guess who had burgers for dinner and chili cheese fries for desert? Ben. But I helped.

Also, watch this. I already tweeted about it, but 60 whole people read my blog, only 520 people follow me on twitter, so… Wait, for real? It used to be 530. I must have scared them away when I told them to watch this. Whatever, who needs those people. Watch this, you won’t regret it. I laughed until I cried, and that’s not just because my eyes were starting to swell due to over exposure.

Can you tell why my knees are bad at 27? It’s because I stand like a damn double amputee all the fucking time! WHY CAN’T I STAND LIKE A HUMAN INSTEAD OF A MARIONETTE?!

And, of course, my LG Tone Wireless Bluetooth Headset

UPDATE: Damn it, I forgot the banner again. I’m terrible at charitableness.