By now every creative person on the internet has read or heard that quote from Ira Glass about wading your way through shit work in order to make something good. In the interest of getting more crappy work behind me, I put this out to twitter yesterday: “Experiment. The first person to give me a noun, an adjective and a color can be my first Twitter Design blog. This may end badly.”

Fairy_Princess_Holly replied first with her request of ” Parrot. Sparkling. Purple.”

And AldoMcGee won second place with his request for “Sunglasses, fierce, white.” 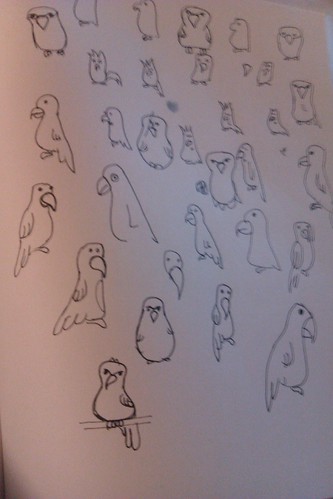 Eventually I settled on a sketch I liked, and I picked an image that I had been looking at for my sketches and used it for shapes. I kind of think this might be cheating, but the shapes felt so much more organic than if I would have tried to freehand them. 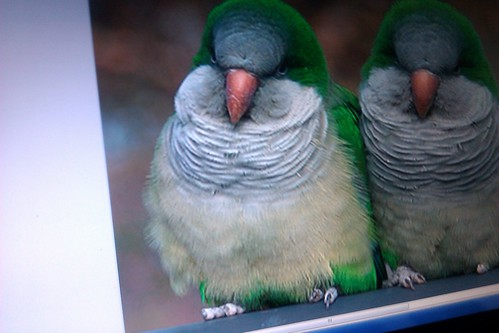 Then I used the pen tool to assemble the parrot. 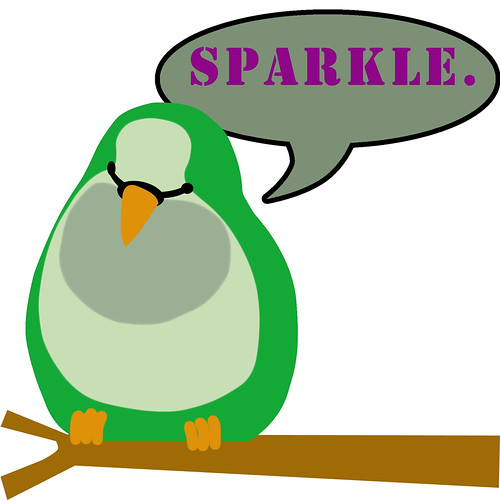 Yeah, the purple sparkle is a lazy second thought, but the parrot is really my favorite.

Aldo’s request was a breeze. In fact, I did it before Holly’s because it was so easy. I just thought of Lady Gaga and how she is pretty fierce, and she loves the lightening bolt right now. 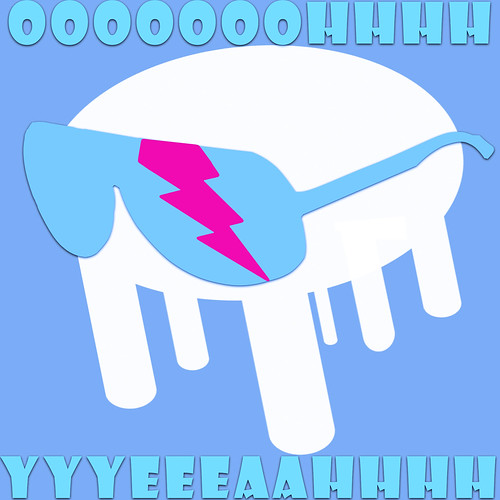 I’d love to hear your feedback. What did you think about the designs, do you think that my use of the parrot image is cheating? What do you want to see next?

I think in the future, I’m only going to take one challenge at a time. Doing two caused too much of a lag.