This was going to be Monday’s post, but since my friend Rhian passed away Sunday, I forwent a Monday post in favor of a goodbye to her, which I published Sunday evening. At first I thought of still publishing it in order to not ruin my M-F streak, but it felt wrong having her tribute up for only a couple of hours before being knocked off the top for the purposes of a damn streak. So in honor of Rhi, Monday, Jan. 28, 2013 will be the first weekday without a post in almost a year of updates.

It’s not what you think. Well, if you know me, it might be.

I’ve already talked about how I was a major tom boy when I was a kid. I’ve always been interested in boys and indifferent to girls. That meant playing in the mud with cars and trucks and ninja turtles, running around with my skateboard and dressing like a boy most of the time. Actually, now I realize I was dressed like a boy. At the time I was trying to TLC 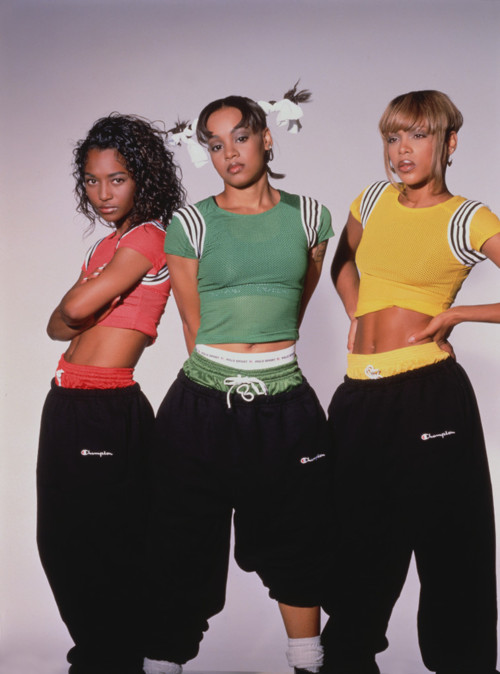 … but with my general fattness and “interesting” fashion sense I probably Missy Ellioted instead. 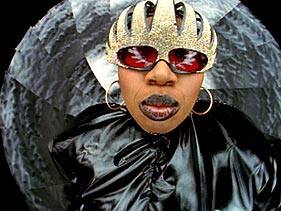 which isn’t necessarily a bad thing from where I’m sitting now, it just wasn’t the look I was going for.

Long story short, a lot of people thought I was a lesbian. When most kids were being super awkward around the opposite gender, I ended up being awkward around girls and comfortable around boys. The ways that other girls tried to vie for male attention didn’t make a single ounce of sense to me. I’d gone through a phase of wearing too much make-up when I was anorexic, and all it got me was scary dudes on the bus trying harder to fuck me after I told them I was 12 than they tried before. I decided early on that if a boy wanted me, he’d have to take me as I was. Turned out to be a great lifetime resolution, but not such a good high school resolution.

Freshman year, my dad’s new girlfriend decided she didn’t like the fact that I had a shaved head. Her solution to this problem was to try repeatedly to get me to get a manicure with her. When I refused (1. manicures are not punk rock and 2. why the hell would I want to spend any more time with my dad’s fuck friend than I absolutely have to?), she decided that was a sure sign I was going to be a dyke and loudly informed my father of his parental failures. A fight ensued between the three of us (apparently telling homophobes that there’s nothing wrong with being gay automatically makes you a big old super gay), and I demanded to be taken home early because his lady was being a hateful cuntbag.

I don’t know if my dad talked to my mom about it or what because sometime after this I would catch her staring at me significantly at random moments during the week. Usually this would be followed by her reaching over, holding my hand, telling me that she loved me and that I could tell her anything. Since this was before her relapse when we were serious BFFs, I just thought she was being weird.

Eventually, her patience ran out and she decided to come out for me. One day at breakfast, she put her fork down, cleared her throat and told me she had something to say. She then told me that it was OK to be gay, that she would always love me and reiterated that I could tell her anything. This is an approximation of the conversation that followed. Many times (say what you will about my family, but we are not the quitting type).

“Thank you, but I’m not even a little bisexual. I don’t even like girls as people”

“Well, if you ever have something you need to tell me, you can”

“I was only saying…”

“Mom, I’m not going to wear uncomfortable clothes just so dudes will objectify me.”

“See, this is why people think you’re a lesbian”

“Mom, a woman is worth more than her ability to command male attention”

“God, you don’t have to get upset about it. There’s nothing wrong with being gay, Marina. Don’t be a bigot”

I think she was disappointed at not having a more exciting child.

2 Replies to “The Time I Came Out to My Mom”