John Stewart pointed it out last month with Caitlyn Jenner’s triumphant coming out, but it bears repeating. Every woman in our society is sorted on a spectrum, not of accomplishment, or even of wealth, but of innate bang-ability. “Would you dick this bitch?” is currently the whole of the law where we are concerned. In social situations and in the workplace, in private and in public. For our entire lives virtually anywhere we go.

From before Aristotle to well after Freud, we have been seen as incomplete men, lacking men, missing men. Women are not the anti-man, but the absence of a man. For every woman in the workforce, on the street, and on the television there is one less man doing shit right. And if we are women of color, this is doubly so. If we are transwomen, the connection is even more obvious for those that would dismiss us all, distill everything we are and everything we will be into one stunningly useless assessment: Would I dick this bitch?

This mindset isn’t relegated to hetero-cis men, either. Orange is the New Black Season 3 sensation Ruby Rose is a perfect example of how straight girls the world over would definitely dick this bitch. The model/actress/DJ/fashion designer already has a history of making (previously thought to be) straight girls fall completely out over her, so it’s not totally without merit. And yeah, she’s really pretty and I’m sure a very nice girl. 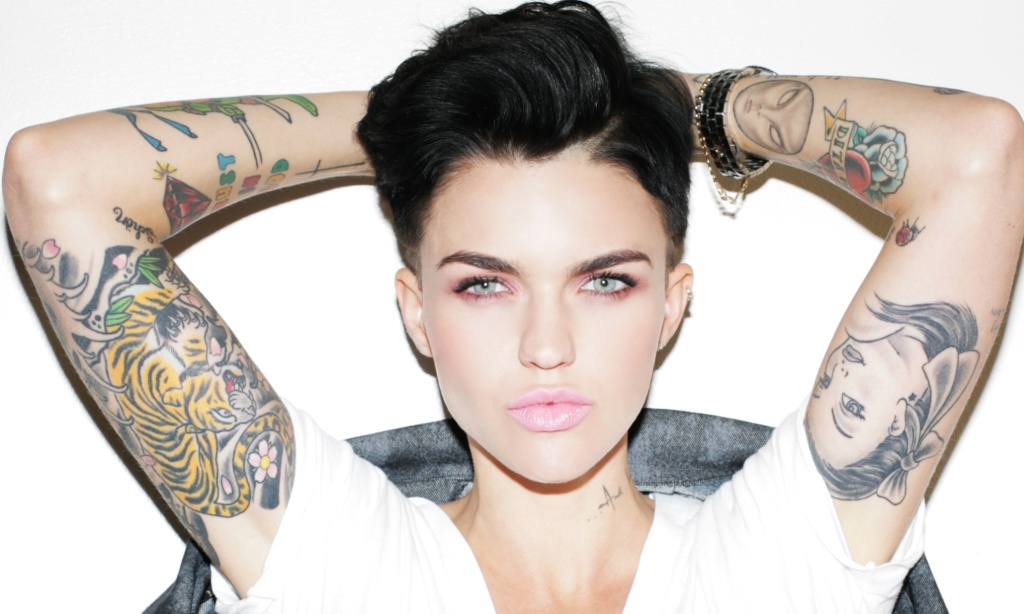 But as Sam Dylan Finch points out in his article about Ruby fever, this isn’t the first time we’ve seen thin white women with perfect Grecian noses, high cheek bones and marvelously full lips posed in suspenders as the height of androgynous beauty. It’s nice to know that this time the woman in question is actually an out and proud genderqueer lesbian, so at least we’re getting somewhere with that. Which is that we now have a fuckable genderqueer lesbian to add to the list of fuckable transwomen (Caitlyn Jenner), fuckable Black women (Beyoncé), fuckable Armenian women (Kim Kardashian) and even fuckable fat women (we can be models now, guys!) in the media, which as we know is not necessarily the real world.

Tying all this fuckability together is an intense emphasis on the artifice of feminine beauty. Ruby may be the least accessorized of the bunch, but she joins the others in having a full face of extremely well-done make-up in every single shot.

Because if a woman is the lack of a man she must make up for that lack somehow. We don’t have a penis, or if we did we took the power out of it by being trans/presenting femme, but we can trowel on the foundation and shape our eyebrows into weapons. We can glue plastic talons onto the ends of our fingers, and we can strap little phallic knife-blades to the heels of our shoes and make due.

A 2013 study found that “more than two thirds of employers admit they would be less likely to employ a female job applicant if she did not wear makeup to the job interview,” and “almost 61% [said] it [not wearing make up] would have a detrimental effect on the woman’s promotion prospects.” So a woman without make-up is not as employable. Does make-up make her smarter? More educated? A better strategist? No, but it does make her more fuckable. Which, as we know is the only scale of judgement that really matters for women.

By being thin and white and pretty and by having extremely well done make-up we have made the fuckable butch. Unlike her predecessor, the unfuckable butch, this new butch makes you feel safe and not really confused at all. This new butch will probably get hired, she’ll even get promoted.

Could we all do that? Slap a little make-up on and become the career and life powerhouse we always wanted to be? I do notice that I close more contracts and faster when I’m wearing red lipstick. For some reason, anything I have to say sounds so much better coming out of a baboon’s ass than it does from the mouth of an experienced, educated professional woman.

And it’s not like we’re breaking any rules. “Where is it written that butch means you don’t get to wear any make-up?” my own boyfriend asked as I was writing this very article. Dude has a point. But liking make-up, as I actually do for all my complaining, and mandating make-up are two very different things. 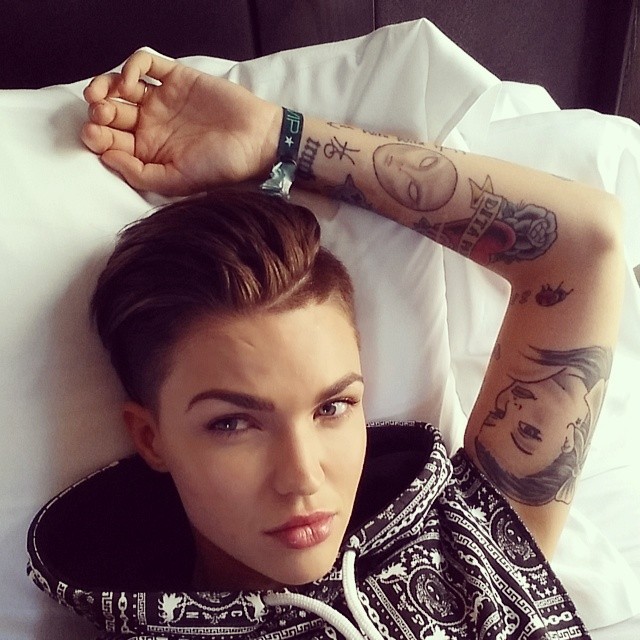 As Sam pointed out in his article, it’s all well and good to go around looking like Ruby Rose when you actually look like Ruby Rose. But the thing about the fuckability scale is that while many of us at the unfuckable side are stable in our place, no one on the other side is ever actually truly fuckable. There’s no winner’s circle here.

My friend Sabrina put it best when she said “a lot of my own internal identity struggles right now are that I don’t feel confident or knowledgeable in how to pull off tomboy/butch and feel confident/fuckable/female (I think because I’ve internalized female = fuckable) but at the same time, when I do pull off femme attractively I can sometimes feel like I attain fuckability but then hate myself for it because I feel fake and uncomfortable in my own skin and resent that I have given into societal mores to try to attain fuckability in a way that is inauthentic to my identity – because I’m still desperately craving that acceptance and fuckability factor from the world as validation that yes, I really AM a woman.”

We can and do frequently work extremely hard at being, not who we are, but the fuckable version of who we are. And I’m not talking about to our partners, or even to who we find attractive. The great white dick of the patriarchy looms large over our culture and bestows fuckability on select celebrity women for brief moments in time. Most of this is based on the strategic use of make-up, hair weaves, fake nails, compression garments and Photoshop, but is also very dependent on her not being too crazy or too boring; having the right amount of opinions on the right kinds of things, and never ever making anybody feel uncomfortable about anything ever. For someone who used to be fuckable but who has tragically fallen from grace, see Miley Cyrus. Oh Hanna Montana, why did you have to grow up to be so… unfuckable? 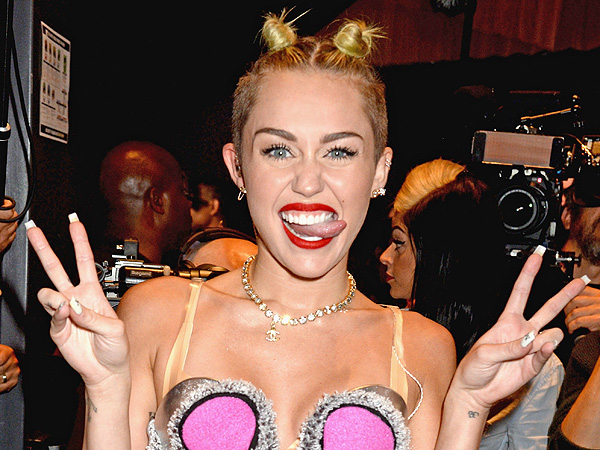 But there is a real danger in being unfuckable that extends beyond whether or not people like you enough to hire you or buy your album. As my friend Sabrina also pointed out when she said “I think the whole ‘fuckable’ thing is at the crux of so much of gender identity and politics. I mean, isn’t that what people mean about transwomen passing? It’s just code for them being considered fuckable. And it’s at the heart of transphobia and trans panic. How dare you be fuckable and make me want you and then have the audacity to be trans?”

It’s important to remember that not being fuckable, or not being fuckable enough might lose some of us that promotion, or get the door slammed in our face by some chivalrous knight who would run to hold it for a busy looking man, or a more attractive lady, but for many of our sisters, this shit is life and death. Transwomen are murdered at an unprecedented rate as a punishment for their lack of fuckability, and many of their murderers get away with it, or are given reduced sentences. Frequently their deaths are not investigated by law enforcement organizations who won’t take the time to do right by a woman they couldn’t have fucked.

It’s very cute to push gender boundaries, to find the fuckable butch and put her in the paper next to the fuckable Armenian, but pass/fail relationship to validity is not helping us any. We can add as many different kinds of fuckable ladies to the list as we can physically find, but this only ends when the list becomes irrelevant.