Rae Johnston, Techlife editor, Bioshock affectionado, and all around delightful twitter personality was quoting this article on how to prepare for co-habitation earlier today, and I just had to jump on the bandwagon.

I’m only going to be taking quotes, so if you’re up for some seriously inappropriate use of the <b> tag head over to the actual article. That way we can give them some traffic in exchange for the piss I’ll be taking out of them. Anyway, down the rabbit hole…

Get any hankering for college-era hookups outta your system. You will not be bringing other people back for any hankypanky once you live with your S.O.

First of all, shout out to my polyamorous and open relationship friends. Second of all, if you have a relationship where it is not okay to hook up with other people, wouldn’t that be true if you’re living together or not? I guess this is just a little hint from the author that if you’re going to be living with your partner, you’ll need to cheat on them in someone else’s house.

Throw out your ugliest undies that you wouldn’t want him to find.

If you can’t show a man your period panties, you either have the most gross period panties ever, or you have some other stuff to take care of. Because you know what happens when you throw out all your rusty undies? The period Gods take pretty underwear as tribute and turn them into period panties. It’s the heartbreaking price we pay for being able to create life.

Make sure he’s seen you with acne medicine or your face mask or whatever else you put on your face at 9 p.m. on a Wednesday night.

Girl 1: What happened to Jim?

Girl 2: We were deeply in love, but after we moved in together he caught sight of me with biore pore-strip on my chin and he just started screaming. Then he dove through our plate-glass window and ran off into the night.

Girl 1: That’s horrible! How could you make such a stupid mistake? I’ve told you a million times, you have to ease them into the pore-strip. This is why you’re single, Sarah.

Girl 2: I came home yesterday and the XBOX was gone. I think it’s really over.

Be comfortable with him seeing you in your rattiest sweatpants, a sweatshirt and/or hair that hasn’t been washed in 48 hours.

Make sure you know one another’s policy on bathroom privacy/closing the door.

Be comfortable doing your, err, business with him in the same apartment/house.

Be OK with his flatulence and your own in front of him!

Be comfortable eating — no, really, EATING — in front of him!

In other words, make sure the person you love understands that you are a human being and not an immaculate sex doll.

Make sure he knows and respects the TV shows you can’t miss and vice-versa. Be cool with shows like How It’s Made and endless episodes of Family Guy.

Looks like some of the copy from “50 Must Dos Before Moving in with your Stoner Nephew” got mixed in by accident.

Know that if you get sick or end up in the hospital, he takes good care of you.

*he will take good care of you.

Unless you’re moving in with the Hulk, in which case, grammar is the least of your worries. (Link is NSFW)

Have a conversation with your mother in front of him. He should be prepared to know if you morph into a different person when yakking with Mommy Dearest.

What? Is this a thing?

Be prepared to have him steal your smartphone to play Angry Birds or check FOREX or look at dumb YouTube videos.

Consider whether you need all those shoes/handbags/clothes/makeup. He will say something about how much space they’re taking up. Again. And again.

Get it? Because ladies always buy too many accessories!!! LOL!1!! We’re so frivolous. 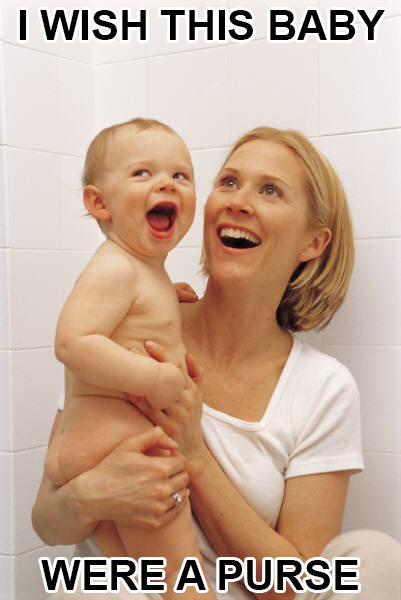 I feel obligated to point out that, true to type, I do actually enjoy purses and shoes, and so I have a lot of them. Whenever my boyfriend starts to grouse about the volume, rather than get rid of something I love to please him, I point out his collection of dead computers and their boxes (their boxes!) that he insists on packing into our shared office. After that my shoe and purse collection isn’t so offensive. Problem solved.

Consider seeing an astrologer to find out if you’re actually soulmates or just a lusty fling.

(This is where the Poe’s Law starts to kick in.)

If you’re both the type of people who consult an astrologer to figure out of you’re soulmates, then I think that says a lot about your compatibility right off the bat.

Make sure he knows how to cook at least one yummy dinner for those nights when you come home from work with a migraine.

You know how it is, when you’re a straight lady with just as much education and earning power as your man, but there’s still this looming assumption that you’ll be preparing all the food all the time except when you’re physically incapable, at which point his ability to grill a cheese becomes a selling point. Because boys can’t cook. That’s a lady thing.

If you drink too much and end up throwing up in a space that isn’t exactly easy to clean, know that he’ll take care of you/it.

Okay, what the actual fuck? Grown-ups do not drink too much, and if they do they throw up somewhere reasonable, and if they don’t they clean that mess up themselves. If you’re the type of person who experiences this issue frequently, you need a sponsor, not an enabler boyfriend who cleans up after you.

Have a serious discussion about finances, debts, creditors who call you like they’re your BFF.

This is probably my favorite quote from this article because it starts out being really good advice, and then it moves right into some serious NOPE. Lady, you have creditors calling “like they’re your BFF” and you think it’s a good idea to subject another human being to that kind of financial situation? I mean, I guess it’s good to let a person know about that kind of thing, and then they can decided if they want to take that on or not (like herpes), but please do not act like ruining your credit is a normal part of living. Move in with your auntie, or get another job or something, because that shit is serious.