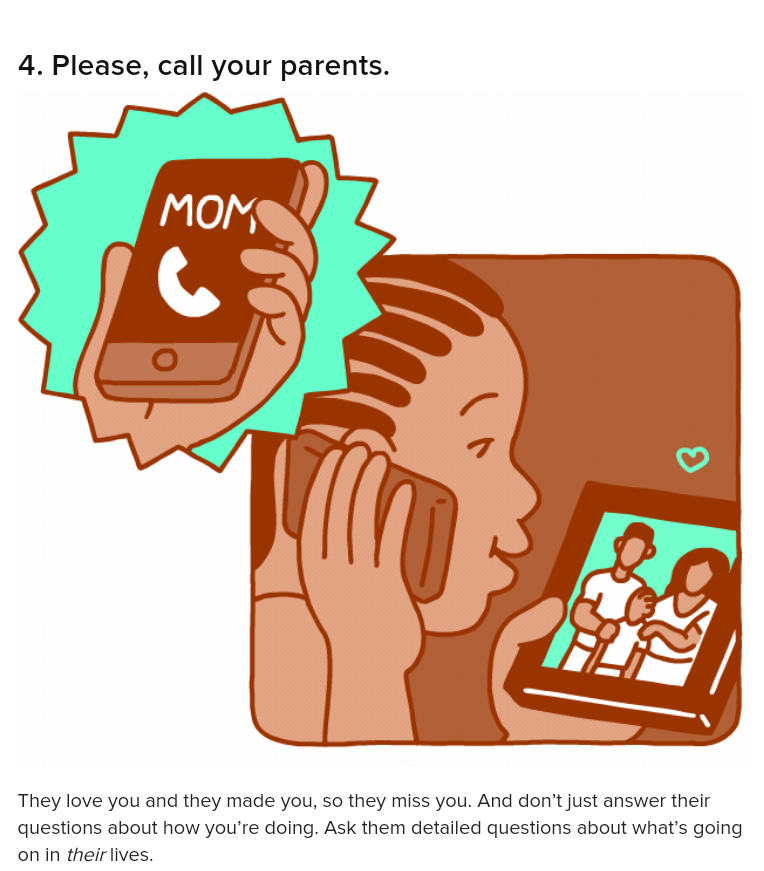 I found this on a blog post called “How Not to Be a Garbage Human” and there’s no way I’m linking to that trash. Also it was a promoted post and I can’t find it again.

There’s also a podcast I used to listen to where the host told people to call their mom at the end of he show, but that’s recently changed to “call your person” so it sounds like other people wrote the email I was to tired to write, so thanks guys.

It’s fucking mean to tell people to call their parents. And not just people like me who have an estranged relationship with one or more of them. Parents also die, get Alzheimers, sink into depression and on and on.

Basically, its a garbage human move to assume everybody is like you and has access to parents.