This morning, 12 people were murdered at the headquarters of the satirical magazine Charlie Hebdo in Paris.

Since then, the world has gone frantic with support for what it incorrectly perceives to be an attack on free speech.

This is not a violation of free speech. This is a terrorist mass-murder. The free speech rights of the journalist victims were intact while they were alive, and they are still intact right now, or we wouldn’t see reprints of their work on every major publication in the Western world. 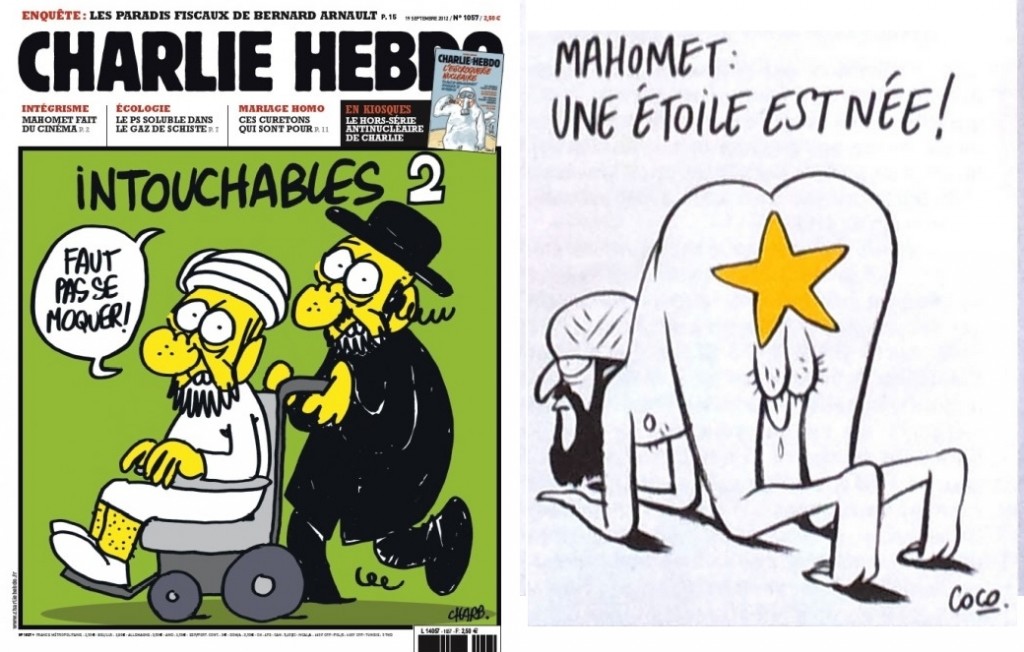 These journalists didn’t die of an affront to their free speech. They were viciously cut down by a group of insane criminals who decided their feelings are more important than other people’s lives. The terrorists did not believe in free speech, it’s true. You could say that the journalists died for free speech, but their murder isn’t about free speech any more than it’s about Islam itself.

It’s not the difference between an Islamic worldview or a Christian worldview that’s making this shit happen. It’s the difference between extremism and reason. Don’t think for a second that without the proper motivations, good American Christians wouldn’t be finding themselves doing the same damn thing. Don’t think for a second that they haven’t already.

This is the problem with saying it’s about free speech. Because next time this shit happens, they’ll be saying it’s about a woman’s right to choose, or animal testing or some bullshit and we will once again fail to connect the dots as we dutifully pick up our designated political banners and take our places on either side of a line that serves absolutely no purpose.

Because the truth of it is that the vast majority of people will come out against shooting someone else to death, no matter what the fuck they may have done. Yeah, maybe they talk a big game because that’s the kind of shit they think they’re supposed to say, or they just believe in rhetorical flourish, but when it comes right down to the cold weight of the gun in their sweaty, trembling hand and the snot and tears running down the target’s face as he stutters about his kids, they wouldn’t have the balls, and that’s a good thing.

This line between free speech and censorship is about two feet away from most of us. If all the world was standing on a spectrum, the vast majority would be clumped in the middle on any given issue. It’s those fuckers at the ends we need to get the shit away from. Anybody five or more feet away from the line should not be allowed to come to the party.

What I mean by that is we’re letting this happen because we allow bigots and extremists show up at our messaging and we think that, yes, they’re shity, and yeah, they seem to have an issue with thinking that their personal preferences supercede other people’s very lives, but hey, we’re all on the same side. No, we’re fucking not.

Most of us aren’t on a side, most of us are in the middle and we need to start realizing who our true allies are.