Friday I promised a story where the lady protagonist is the one who fucks the entire population of the book while the male love interest stays celibate, pining away for his lost love, waiting for her to come to her senses. I decided to make my female protagonist as much like the stereotypical pig-headed arrogant misogynists that serve as male love interests in a lot of books with strong female leads.

If we were on LaBeija, the appropriate answer to that introduction would be “All hail our beautiful mother.” But since we’re on Earth, it’s not necessary.

Like the majority of Space Princess Warriors, I have been sent here on a diplomatic mission of peace. But I’m also here to make my mark. As the sole heir to The Legendary Mother herself, I have a lot to live up to before the people will accept me as their new Mother. I must return home with an impressive resume and a thirst for justice. Not to mention an equally impressive partner to call my consort. Being so far away from other, more trafficked systems, the people of LaBeija consider genetic diversity our most valuable import.

Which means I must find a consort who represents the most diverse sample of genetic material I possibly can. And I have. In the pursuit of justice, I found and lost, the perfect consort. Fortunately, he’s only missing in a spiritual sense. In the physical sense, he’s standing three feet away from me, being stubborn and pig-headed and refusing to see reason. As usual.

He knows perfectly well I’ve been out all night. I’m trying desperately to find someone in even the same universe as his impressive genetic make-up. And failing badly.

“That’s none of your concern.” I answered. “Besides, you have a new girlfriend, as I recall.”

“The Celestial Light Empress is not girl. She is the essence of womanhood here to reclaim the realm. And she is not my friend. She is my eternal spouse to whom I am bound both body and soul.”

I leaned down, closer to his eye level. “Can’t we worship her together?”

Luther snorted and turned away. “Joke all you want, Kell, I’ve found my true calling. It’s only bittersweet because you’re still so lost.”

I snatched my lab results off the table and sashayed away. What living, breathing, fallible woman could compete with a Goddess? An Empress Goddess at that. I’m just a lowly Princess from a backwater system at the far end of the territories. I’d offered Luther a place by my side as Consort. I told him that every pleasure of LaBeija would be his. Our beautiful gardens, delicious foods, every sight and feature of our system, all at his command. I even extended an invitation to take equal part with me in the royal harem, a score of the most skilled lovers LaBeija had to offer. Being from Earth, I understood that his people have a sharing culture. I thought he would appreciate my consideration.

But he refused me, said I don’t understand him. I tried to point out that we would have years of togetherness as Queen and Consort to understand one another. Besides, why would I need to understand my Consort? The Queen is the decision maker. A consorts contributions are genetic, not tactical. This upset him even more, and now he refuses to return to LaBeija with me. What’s worse, he refuses to have sex with me anymore. He even refused to provide a sample for the Clonemaster General to use in our breeding force. The man is completely unreasonable. 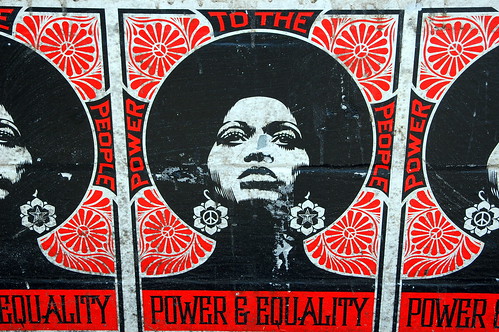 When I returned to my desk I dropped the lab results into the data basket on my terminal for compiling and decided that I’d be taking a long lunch. I needed to clear my head, and I had just the thing.

On my way out the door, I passed my AssisTech Raffi. “Don’t wait up, I’m meeting the Formizo twins for drinks.” I said, ignoring his bitter expression. Poor beautiful Raffi. He couldn’t understand. A woman has needs.

Formizo Enforcing was a small security firm down the street from Space Princess Warrior headquarters. We contracted with them on some of the bigger jobs in the system, and most of the Space Princesses had at least a friendly relationship with the boys. Domino and Cosimo were fraternal twins, but they always came as a pair. D was tall and dark with a wide expanse of hairy chest and biceps the size of pony kegs. I knew from experience that he could lift 6 feet of woman into the air above his head with a single, powerful arm, and maintain the hold for at least 20 minutes. C, on the other hand was fine boned and delicate. He must have been borne without tendons, because the man was basically half cat. I was going to get Luther out of my head by force, and Formizo Enforcing was exactly the kind of muscle I needed.

When I got to their office, the boys were sitting at their desks, ties already untied and hanging around their necks. After the door announced my arrival, Domino leaned back in his chair to take me in.

“We ordered a pizza.” he said.

“Should get here in an hour.” Cosimo added.

“I see you boys are well prepared.” I answered, reaching for zipper on my standard issue catsuit.

An hour and a half later, I was back from lunch. Freshly fucked, fueled, and feeling good. Raffi was quite upset.

“Space Princess Jackson, you’re thirty minutes late. Your data finished compiling ten minutes after you left. Your progress in this case has been delayed while you attended to personal business during work hours.”

“Raffi,” I said “My body doesn’t run off the Earth’s gravometric weave like yours does. I need sex and pizza to keep going. I’m not a machine. Speaking of, could I get some coffee?” I looked at the data on my terminal. “This is going to take a while.”

As Raffi dejectedly whizzed off to get my coffee, I hit the display button, and a clear picture of our perpetrator blinked onto my holomat. Her genetic markers showed that she was a Mantacarn, and that she likely had an 8 inch lift to her skull that, on Mantac, would be polished to a high gloss in order for people to better see the magnificent green brain inside. Brain size is very important to the people of Mantac, even though it has no relationship to real world skills. Mantacarns like big brains, and I can’t lie, Ms. Perpetrator had a big ‘un, as the earthlings say.

Since she was hiding here, she likely had to cover her assets. I swiped the holomat through a series of different disguises. A beehive hairdo, popular with the young people of the Bouvier District, a Blessed Order of the Black Santa wimple, even my own impressively poofy, bouncy, but structurally stable natural failed to cover her expansive head height.

I tapped my golden nail against a brilliant white front tooth. At eight inches, her head was one of the largest I’d ever seen. It was impossible for Mantacarns to alter their head size, which is one of the reasons it was such a sought after trait. Eventually, I realized the coffee Raffi got me was going cold at my elbow. I took a long gulp.

“Raf,” I said “I need a list of every earth hairstyle or headwear item taller than eight inches.”

As the list populated my display, I saw exactly what I’d been looking for: The ten inch tall penis hat of the Hot Dog on Your Stick uniform.

“Please confirm that there is a Hot Dog on Your Stick at the Transporter Terminal where we last saw our Mantacarn.”

What better place to trade international secrets than in the private fuck booths of the Hot Dog on Your Stick? And inside the Terminal, she could catch an agent on a layover from anywhere to anywhere else in the universe. Maybe there was something to the cranium size myth after all.

As we prepped for the bust, I glanced down the hall to Luther’s lab and desperately wished that everything in my life was as easy as fighting crime.

Lady Afro by ~topher00001 on deviantART

Will Space Princess Jackson get her Mantacarn?
Will Luther come to his senses?
Will Raffi finally get that kitten he’s always wanted?

Chapter 2 – Chins up
Chapter 3 – Why I Stabbed that Guy