Thursday night Ben and I were sitting around trying to think of an appropriate couples costume for a party on Saturday. I was a dinosaur two years ago and I still have the costume, so I suggested we go as Dino and cave lady concubine from this series of dinosaur erotica the Internet has been talking about lately, but Ben said that he didn’t want to be the lady. I was pretty set on him being the lady since that’s the best part of the whole deal.

So, we compromised and decided to both be Riker. Since I have no beard, I would be season one Riker… 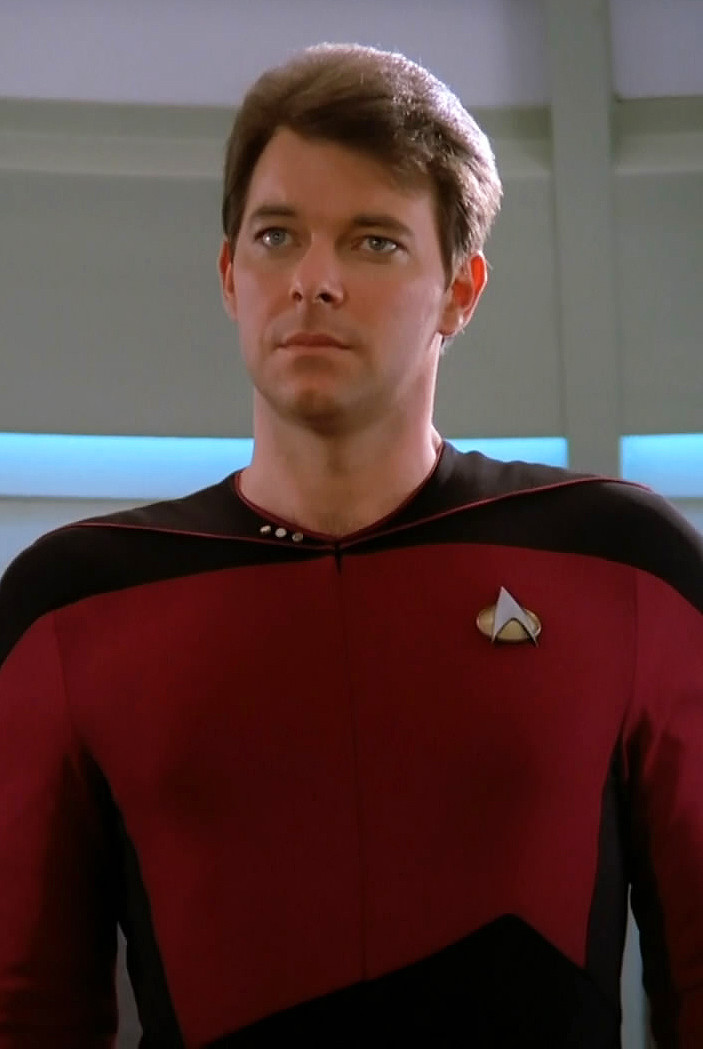 and Ben would be Season 7 Riker 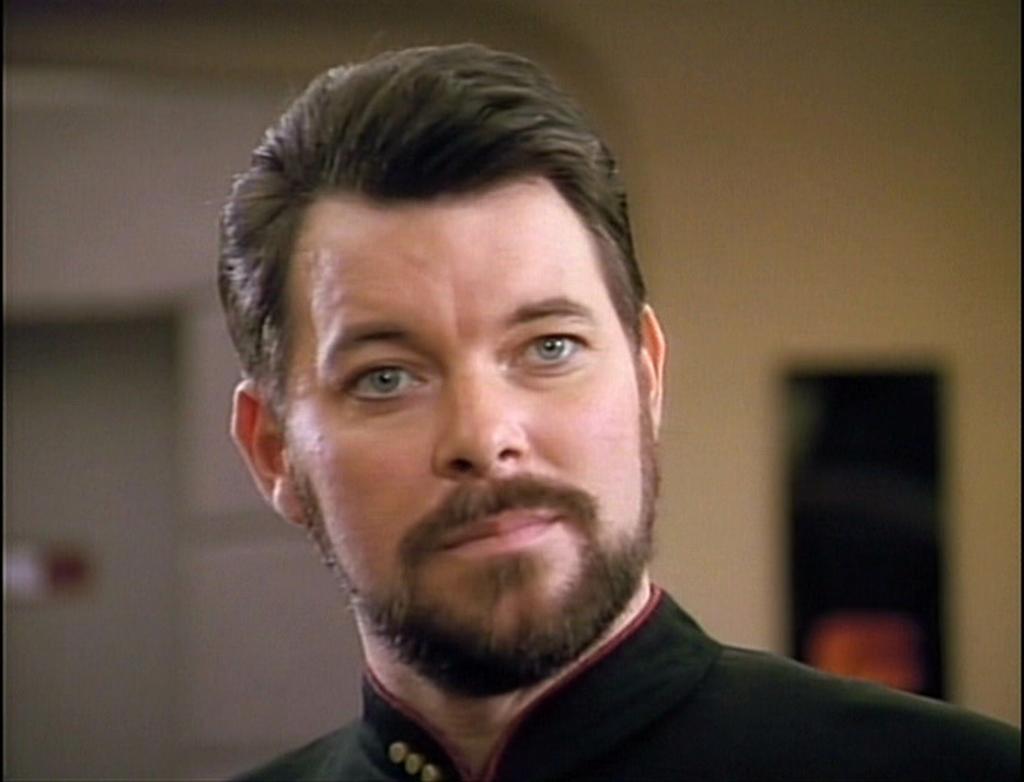 Low on funds and with only 1 day to put everything together, I went to Michael’s and bought two black shirts, silver and gold construction paper, a sheet of yellow foam, three bottles of red shirt paint, and a sparkly red topcoat.

I taped off the shirt in an approximation of the design of the season one uniform. 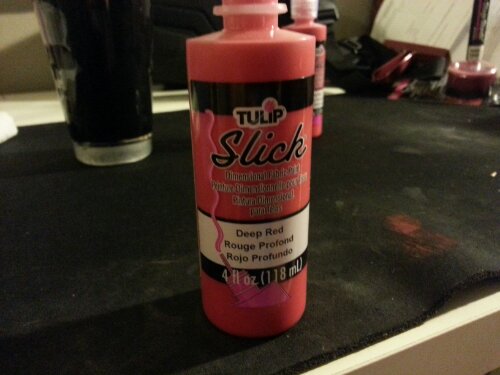 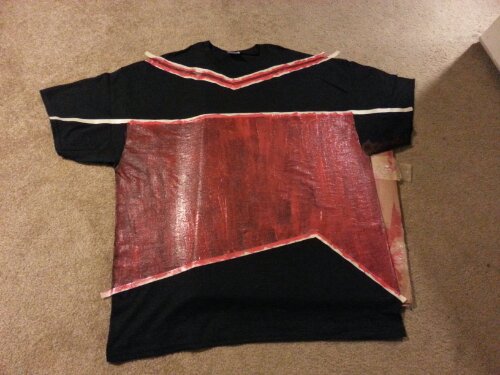 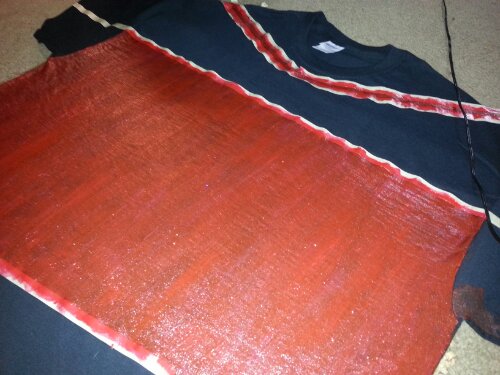 Then I painted about three coats, drying each with a blow dryer afterwards to bypass the 4 hour drying time. I did the same for Ben’s shirt, which is actually a Deep Space Nine uniform style since the season seven uniforms aren’t actually that different from season one, and we needed more variation in our Rikerness. Also, because I miscalculated on his shirt and started painting where I shouldn’t have. 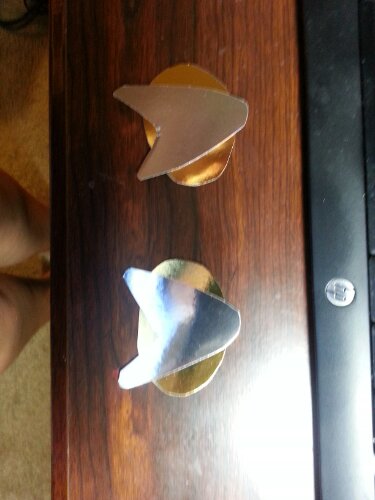 Then I freehand drew and cut the Starfleet communicator insignia and glued it onto the foam for stability. 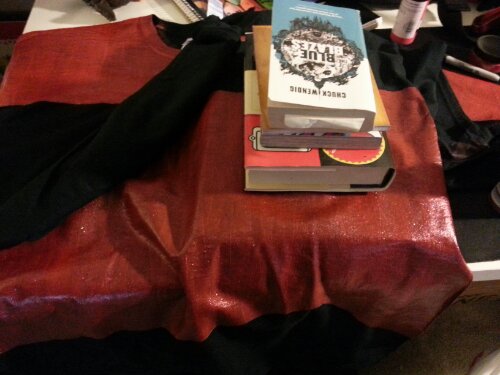 After that, I glued the insignias into the shirts and left them to set under books for the night to make sure that they had enough time to dry.

Ta Dah! I tried to draw a chin dimple, but I don’t think it was very obvious.

On the Jake and Jessica front: You my have noticed that there are two themes tied for first place. I’ll be flipping a coin to decide which one wins.