Warning: This blog recognizes the existence of rape and that there are jokes about it. This entire thing is written with tongue fully in cheek.

So yesterday, Twitter was all interested in talking about the world’s favorite douchebag, Daniel Tosh of Tosh .0 fame. According to Tosh, he was innocently setting up a joke about rape jokes when he was heckled by an unsavory fatty with a feminist agenda and nothing to contribute. She yelled that “rape jokes are never funny,” so he proved her wrong by saying how funny it would be if 5 dudes raped her right there in the club in front of everybody… because that’s the funniest thing anybody’s ever heard. Of course, she was totally offended and went where the fat and offended live and breed: tumblr.

Ah Tumblr, where everybody’s so busy policing everybody else that no one can ever be hurt again. 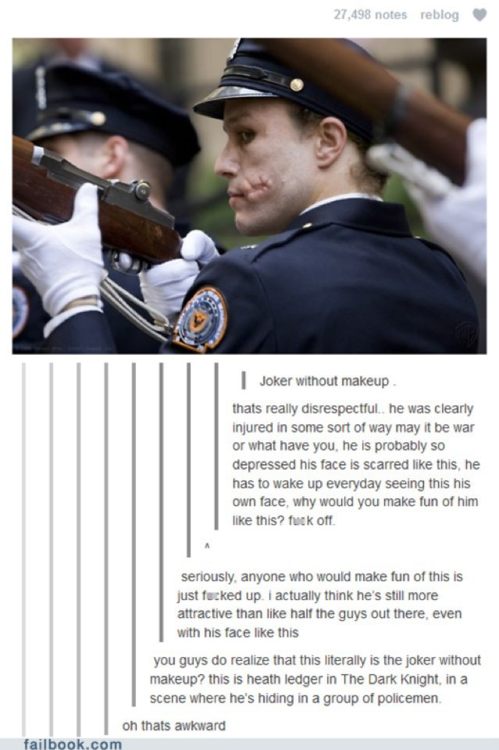 To be fair, she didn’t actually go to her own tumblr, but had a friend post it for her, and she didn’t know that Tosh would be the headliner for that night. In fact, she was there to see Dane Cook, a comedian she admitted that she didn’t particularly like either, but she was bored and needed something to do. Which is a terrible way to attend a comedy show. It’s a good thing she didn’t run into Doug Stanhope. His gonzo stylings would probably sear a burn mark of depravity into the meat of her poor, innocent heart that would have her in an institution for PTSD until at least Summer of 2014.

If you’re going to a Daniel Tosh show, you should probably at least have a passing familiarity with his jokes. He tries too hard to be controversial, which makes it sort of painful to watch. Also, every one of his bits are about how much everybody sucks but him, which really encourages people to identify with his charismatic vision (not.) His TV show is dedicated to almost saying the n-word but not really saying it, making fun of any asshole stupid enough to put themselves on youtube, and sketches, which I actually like. Especially that one where those douchey jocks make out with each other. 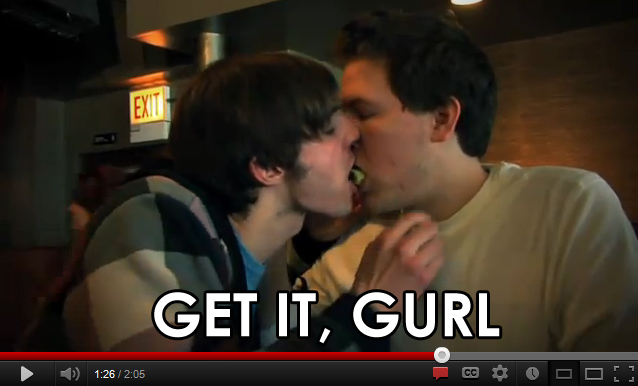 Anyway, Tosh wrote an uninteresting defense of himself via twitter on Tuesday.

He’s right, of course. Anything terrible can be funny, even rape. But do I need a white guy who looks like he’s from Granada Hills to remind me of how comical rape is by suggesting that 5 of the men in the audience at the Laugh Factory hold some girl down and take turns fucking her in the ass or the vagina with their dicks, and/or beer bottles while she cries and tries to escape? I know that’s hilarious and everything, but maybe the ‘rape is actually funny’ bandwagon isn’t the one an ethnic German in a Limited for Men sweater should be on.

Even though Tosh definitely looks like the kind of man who knows exactly what the inside of Uncle Pokey’s rumpus room looks like, his inability to be sincere precludes any ability to tell a good rape joke. Leave that noble fight to more qualified activists.

Which isn’t to say that he should be punished for his rape joke. He should be punished for his bad joke. I’m more offended that he relies on offensiveness as a crutch to replace genuine humor than I am that his joke was about raping a girl. Although, come to think of it I’m even more offended that he shared a bill with Dane Cook, a man everyone knows DOES NOT PICK UP HIS DOG POOP!

And if you’re looking for the difference between a comic who uses offensiveness to mask his lack of finishing, or a comic who is just plain funny and offensive in all the right ways, find yourself to a Doug Stanhope album. Once on a road trip, I played some Stanhope for my grandma. He was telling a joke that involved fucking an old woman with “gym sock titties, the kind of woman you can tittie-fuck with just one tittie.” My grandma was laughing so hard, she was leaning over in her seat. And then when she was done laughing she told me to “turn it back to the British guy (Eddie Izzard), this guy is disgusting.”

Ultimately humor is subjective. Then again, so is fittness. But you don’t have to be a genius to look at someone like me and someone like Serena Williams and know which one is ‘fit’ and which one is me. High school kids love Tosh, I’m sure he’s not going to feel any different knowing that some fat girl on the Internet thinks he relies too much on his signature crassness, which has made him literally millions of dollars. But that’s my take on the situation.

By the way, when I was writing this, I tried to go to Daniel Tosh’s blog, but the whole thing is covered by a giant green square that I can’t click through telling me to call Direct TV and demand they reinstate my ‘favorite’ Viacom channels. Thanks Viacom, but I turned off my cable about 5 years ago and I haven’t watched a ‘channel’ since then. Unless you count youtube, and that’s not a channel, that’s just a page. (I don’t know who they’re trying to impress with their old timey naming conventions.)

During the course of this debate, I’ve come across some more awesome rape jokes, and I thought I’d be remiss if I didn’t share them all with you. That sounds bad. Oh well, life goes on.

These next four videos I got from Lindy West’s awesome article on Jezebel, which you should read.

This one happens at about 20 seconds in. No need to watch all 7 minutes