I wish I had been recording when Pepper saw grandma for the first time in two years. At first I was kind of worried because it looked like she was scared. She stopped dead in her tracks and got the front of her body really low to the ground. Then she was really still and quiet for a second, but then she absolutely lost it and started running in circles, jumping up and down, whimpering and crying and wiggling and climbing grandma’s legs. When we picked her up, she practically vibrated out of my arms to get to her. She was shivering with emotion. It was really touching and a little bit sad.

I did get some video later on when she’d calmed down a lot.

She’s such a great dog. She’s so smart that sometimes she’s sure her idea is better than mine, but she’s still so sweet and all she wants to do is be with her people and make them happy.

I was also a little proud of myself when grandma asked if she was bigger. She is. She has significantly more muscle mass than she did two years ago. Portland walks have been kind to us all.

I’ve missed grandma too. I’m spending the whole day with her on Tuesday, then on Wednesday we leave to come back to Portland with one small detour to the coast.

We spent most of the day driving down and got some pretty great views of the Pacific. The nice cool coast air has been a reprieve from the self-cleaning oven we’ve been suffering through in Portland lately. 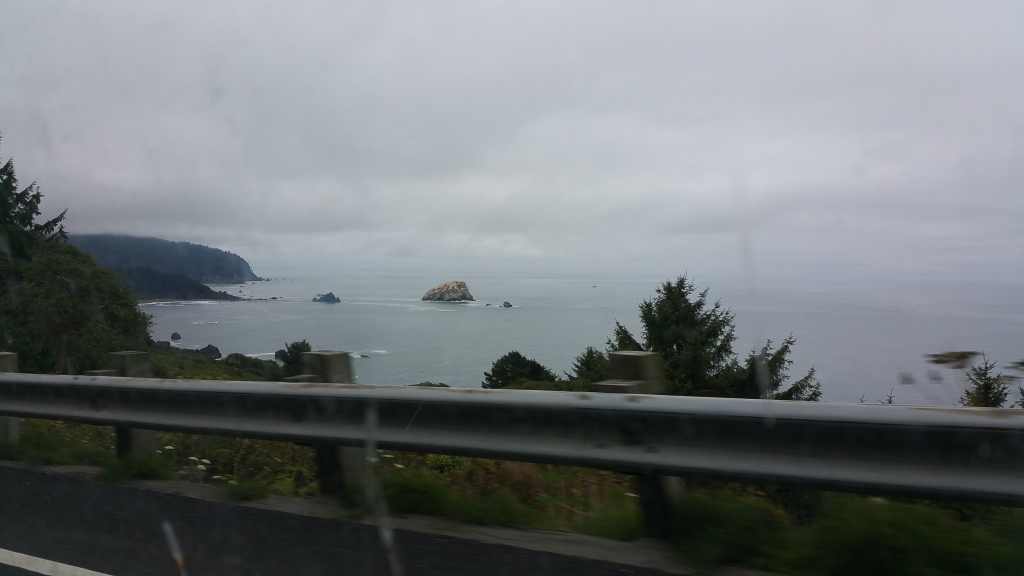 After nearly 12 hours on the road, dinner with the fam, some drama over the hotel room, and work, that’s all I have the energy to write today.

Some of you may have come here looking for a post about our engagement announcement, which went up on Facebook and Twitter today (we wanted to tell all the parents before we put it online). Tomorrow or the next day will be the day I tackle my (probably not so shocking) about-face on the issue of this outdated, sexist tool of the patriarchy. So stay tuned.