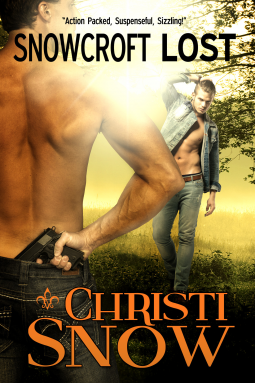 Thanks to Netgalley for the review copy.

Christi Snow is no stranger to world building. From the context clues, regular readers will be familiar with at least some of the characters. I haven’t read any of her other books, but it seemed pretty clear they are somehow tied to at least one of her established series.

Small town construction company owner Jamie Vaughn is tired of being the only gay in the village. He’s ready to open a branch in the big city and turn his back on his 14 year obsession with straight BFF Trevor, but plans get put on hold when Trevor ends up in the hospital, in a coma; prognosis unclear.

When Forestry officer Trevor Mayne wakes up with no memory of his life, his hard-on for Jamie is the least of his worries. A sex trafficking ring may be operating out of their very own wholesome, small town backyards. He was on the verge of a breakthrough when a mysterious fall on the mountain he knew like the back of his hand sent him back to square one. In every way.

Now it’s up to Trevor, FBI consultant Andrew, Jamie, and their friends from the city to figure it out… before the traffickers shut them up once and for all.

As far as memory loss/straight best friend wish fulfillment stories go, this one isn’t bad. And I’d know. for some reason, I’ve been reading a rash of memory loss books lately.

I liked the main characters, although I did find myself wondering about their friendship, which seems to be based on unrequited love and snark. I feel pretty bad for Jamie, who, for all intents and purposes spends his youth pining after a bro who fucks married women and has absolutely no depth. It’s only by sheer luck and literally gravity that anything changes there.

The mystery is also pretty cut and dry, the bad guy is named within the first three chapters, but there are still surprises, and suspense.

The sex scenes are hot and endearing at the same time. This is where the relationship between the two started to make sense to me as a reader. It’s easier to forgive those 14 miserable years once the writer establishes how perfect they are together physically.

My one issue is that things that ought not to be glossed over tend to show up as an afterthought, and things that I don’t think were that important get lots of attention. More-so on the side of being glossed over. Really significant events happen outside the main character’s awareness and are basically listed after the fact. It threw me off one time in particular that I won’t summarize because because of spoilers, but I definitely felt like the writer had an obligation to the characters and the story that wasn’t fulfilled. However, there is more than hinting in the author’s note that this may come up in future books, so maybe it was intentional.

The $2.99 price point gives the rating a full extra star. There are certainly worse books to buy. Where else can you keep yourself occupied (and occupied) for an entire day for three lousy bucks?

2 Replies to “Out in the Cold – Review of SnowCoft Lost”