This time next week, we’ll be in Portland, and I’ll be trying every angle I can possibly muster to get us moved up there soon and for good. I was talking to my printer the other day about Portland, and he said something about there not being any sun up there. But what good is a sun you’ll never see?

Furthermore, what good is work if it doesn’t mean anything?

I recently decided to focus my client building entirely on non-profits. I had been reluctant to do that before because of the money factor. They just can’t afford to pay me anything close to what I’d make anywhere else. But I don’t want to work anywhere else. I had the issue of not being paid enough for what I was doing, and that also sucked, but after persuing private sector work, I just don’t find any joy in making money for money’s sake. 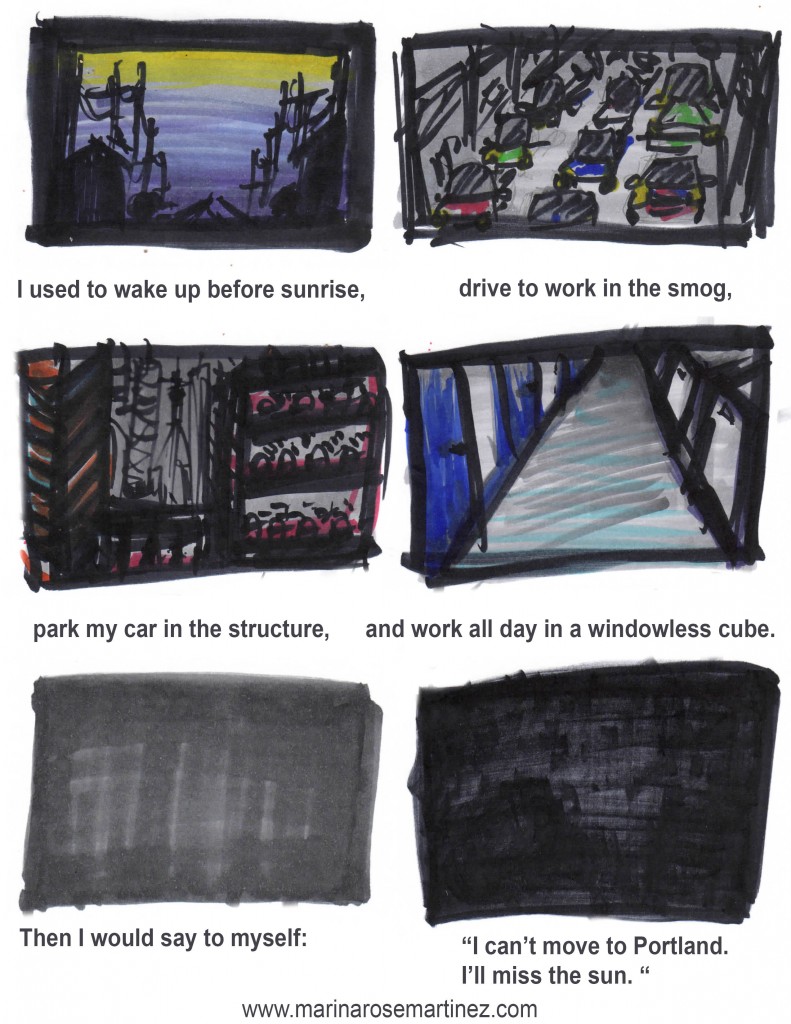 We spend so much of our time working. I especially do. Even when I’m technically unemployed, I never seem to stop. It’s Sunday, you’d think that I should be rested for Monday, but I’m so exhausted that I spilled a full cup of tomato juice on the first version of this comic I tried to make.

It’s for the better. If I’d continued in that style, I’d still be working on it at 3 a.m. when I still need to prepare client docs for tomorrow.