Republicans are threatening to shut down the government. Again. Over healthcare. Again.

(Some info on the last time this happened, if you forgot.)

This time, they’re looking to de-fund Planned Parenthood or they’re going to throw the emergency break. I’m so sick of this shit.

Planned Parenthood saved my life. I have endometriosis, and I use birth control to deal with it, which is otherwise totally debilitating. When I tried to leave my abusive drug-addict mom, she stole all my stuff and kept it. I walked away from our house my backpack and nothing else. After the first month without my pills, I went back. I couldn’t live without them.

After I came home, I started figuring out how to make a lasting escape. Part of that was getting my truck into my name and not hers, but the most important element was my healthcare. It would have cost me over $200 a month to get basic healthcare coverage, and I was not going to be able to afford that. A friend advised me to go to Planned Parenthood, and after my first visit they gave me a handful of of birth control. I could have cried. Six months of freedom just like that.

I was a regular at Planned Parenthood for five more years. They gave me my annual pelvic exam, and provided me with the medication I needed to function. Some people might remember me as the girl who had Planned Parenthood on speed dial. I had the number for every Planned Parenthood in L.A. and Orange Counties, and any time anybody talked about birth control or reproductive health, I had them on the phone making an appointment as fast as I could.

I know that at least 100 people read this blog, and I know that at least two-thirds of you have jobs. I just donated $5, which is the minimum. Nearly anybody can afford $5. Individually, it doesn’t mean anything, but together we can make an impact we couldn’t make alone. 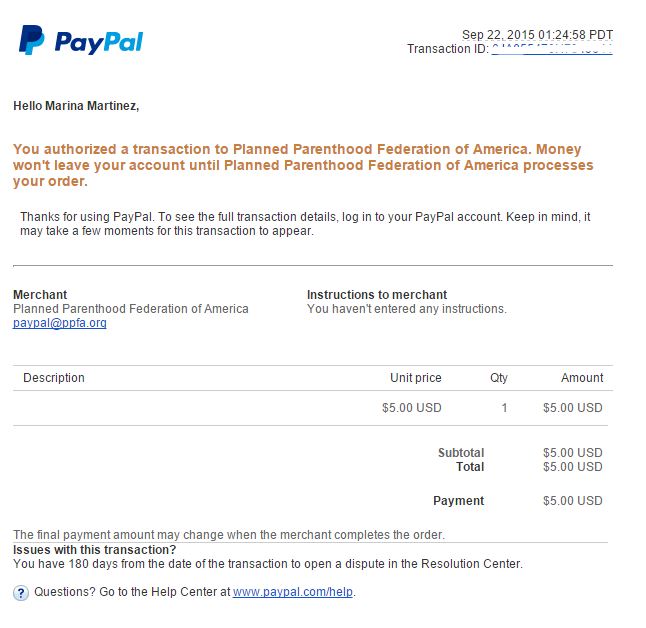 When people try to de-fund healthcare, they’re not protecting sweet little babies; they’re not living their Christian values. They’re telling people the nation over that we are not worthy of our own lives. Nor are our children. Based on narrow assumptions about men, women and families, inconceivably rich shitheads are grandstanding at each other, and assuming that we are too stupid or too irrelevant to challenge their bad behavior. Vulnerable populations who turn to healthcare providers like Planned Parenthood when we had nowhere else to go are getting shit on and threatened in the name of politics.

In 2011, 67% of the Senate were millionaires or better. These assholes would play with our government, our health, our very lives just to get one over on the other side. Don’t let them.

Aren’t you tired of getting fucked with? Aren’t you tired of these jerks doing whatever they want and making everything harder for us, despite how we struggle just to keep our heads above water in a world where the rich get richer and then use politics and religion as a way to trick people into letting them get away with it?

Give $5, or share this and tell someone else to give $5. Planned Parenthood is one of the only institutions in this world trying to do something for us. Do something back.

2 Replies to “Is Anybody Else Tired of Getting Fucked With?”