When I was younger, and single, I totally hated this type of romantic bullshit. Well, fuck what I used to think is what I always say
So on our way to the gym, we saw this adorable graffiti in our apartment’s parking lot. 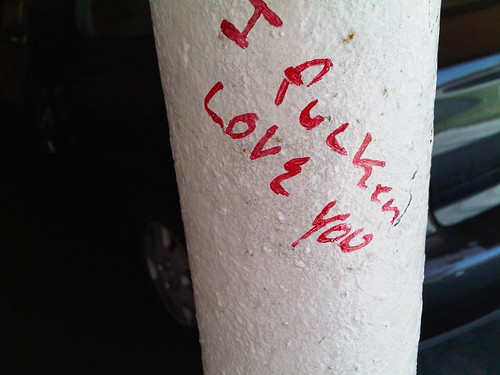 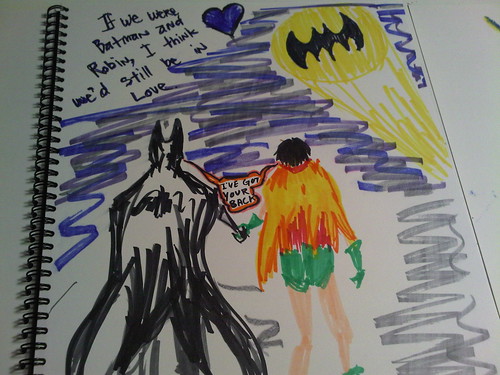 I also feel the need to clarify that, despite the language used in this picture, I still do not believe in the state of being “in love,” it’s just that “If we were Batman and Robin, I think we’d still maintain an intense and abiding love for each other, born of mutual knowledge and respect” just doesn’t have the same ring to it. Consider it artistic license.
And yes, I’d totally be Batman. You know it.