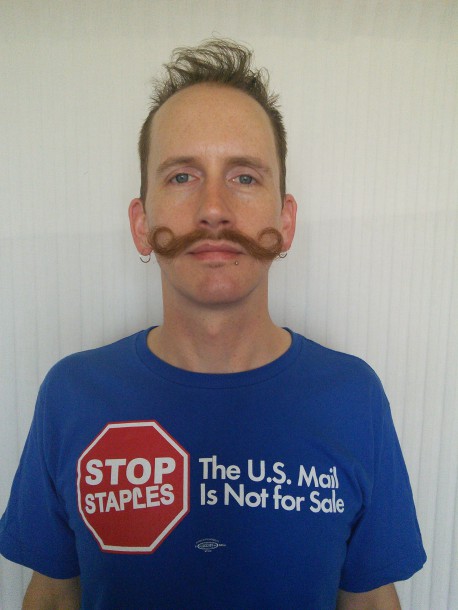 Ian Hespelt, an attendee at infamous bike activism event Critical Mass was caught on video hitting a Zipcar with his U-Lock in San Francisco, and has plead not guilty to felony charges of assault, false imprisonment, vandalism and throwing dangerous objects at a vehicle. Hespelt was reportedly identified by his “Non-violence is our strength” shirt.

Several cyclists surrounded the woman driving the Zipcar with her elderly dog in the back after they crossed an intersection to ride against traffic. The one who appears to be Hespelt notifies the others when he says the woman tried to run over his bike, but if you stop the video at 0:23 and watch for him to come across the bottom of the screen, it looks like he ran into her.

Cyclists surrounded the car. When the driver pretty deliberately starts to drive over the guy who looks like Hespelt’s bike to get away from the angry man-mob pounding on her car and yelling at her, that’s when he pulls a U-Lock from his bag and hits the car several times.

Most in the cycling community have distanced themselves from Critical Mass and Hespelt, although it’s just a matter of time before this is seen as a legitimate way to find housing in an area notorious for it’s $899 a month 2-person Coleman tent for rent.