Oh Shit. Huell Howser is dead. Who the fuck is going to be enthusiastic about things for us now? Fuck I loved that giant white guy. He was kind of strange, and he was definitely a product of his time and culture, but he was always interested in everything that was going on around him. His show, California’s Gold is a gem if you haven’t seen it. I’m partial to the early years, since that’s when I was watching them. It’s also when Huell had arms like fucking pitbull heads (wide and sweet). 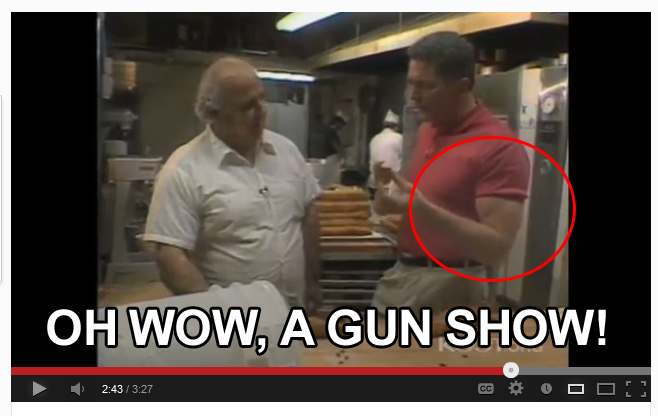 Not only was California’s Gold arguably the most successful public access show ever (if only Wayne s World were real!), Huell is actually integral to some of the better memories I have of my mother. No surprise for anyone that knows her, but probably a surprise for anyone who reads this blog, she has an uncanny ability to find the ordinary completely extraordinary. I think part of that is her flair for the dramatic, but I also think she has a genuine reserve of enthusiasm normal humans lack, and she found a kindred soul in Huell. When he would say “Hi everybody, I’m Huell Howser!” at the beginning of his show, my mom would throw her arms up and apart and cry “Hi Huell!”

I am sometimes unusually enthusiastic about things, and it always reminds me of my mom. It’s a weird sort of feeling to find yourself with a character asset inherited from an abusive mother. I worry so much about becoming her, it adds a complicated layer to otherwise innocuous excitement. I’ve recently been doing some personal writing about her, and one of the things that I learned was all the aspects of my life I felt she had wronged me in (ability to develop and maintain self esteem, ability to trust, ability to form relationships and friendships with others) are also the areas that she herself first showed me how to cultivate.

Now that I find myself experiencing her childlike sense of wonder at the infinite beauty and hilarity of the universe, I’m not sure where to put it. I always thought her “drama” was over the top, but sometimes shit is just cool, and I have less and less interest in pretending at apathy when I actually have enthusiasm. Lots of it. I always admired how Huell just stuck out out everywhere he went, but it didn’t seem to phase him. I know it was a TV show, but it takes a certain type of man to make a show like California’s Gold year after year and still find things to be excited about.

It also takes a special kind of man to give me the opportunity to look back on my tortured, addicted mother with a smile every now and then.

Fun Fact: Howser donated his Newberry, Ca home called the “Volcano House” to Ben and my alma matter, Chapman University. Don’t worry, our terrible university president Jim Doti will bulldoze it to build student dorms. Probably with non-union labor, which is hilarious because he’ll jack up tuition enough to have hired a team of unicorns instead of a construction crew.