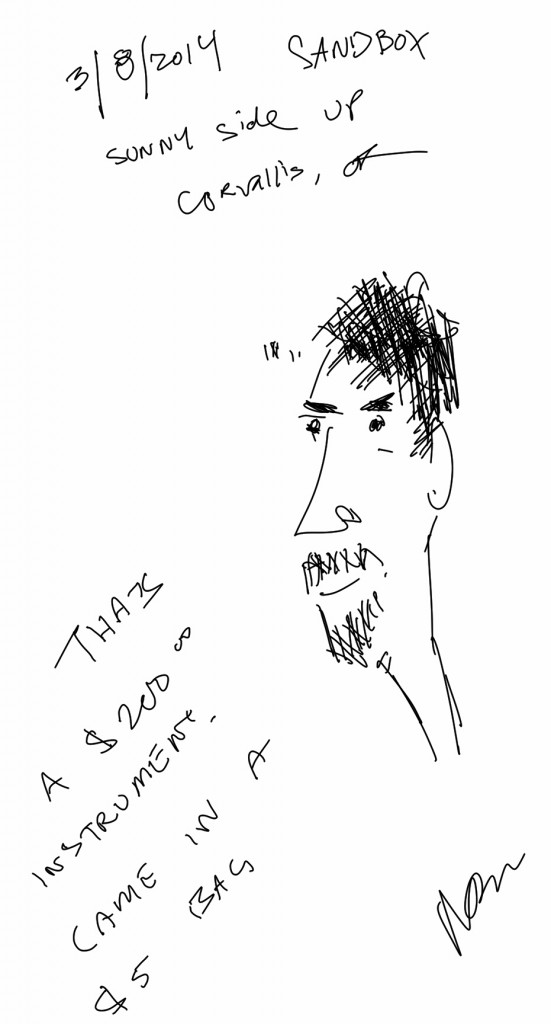 It’s important to remember, that even as we experience all the joys of the great white North, others of us are not so lucky. Our friend Kris, formerly of Siliconera, now a producer at Level 5 in El Segundo, is one of these brave souls. Trapped in the concrete wilderness that is the number one worst place for traffic in this nation.

There was a time when I completely loved LA. I said things like “I don’t function outside the city” even though I lived in fucking Duarte. I rode public transportation, and I felt like one of the people. I smoked in the fog and was very romantic sitting on bus benches in the early morning hours thinking about my future. At the end of the day, it’s a nice place to be from. And it’s a good place to spend some years in. There are some things, Los Angeles things, that no one has anywhere else, and that it would be good to experience while you’re there.

So, Kris, and other homesick Northwesterners caught in a granite prison of smog and loneliness: Don’t despair. Lots of good things still happen in hell.

First. Watch this video. This will cheer you up, but it will also illustrate the way everyone who actually likes LA feels about LA.

Second, you are not in a place where people live. You are in a place people experience. Disillusioned New Yorkers come to LA so they have content for their novels. In the country, old ladies rock their rockers on wide, white-washed porches and wax nostalgic about their time in The City. Think of this as a fact finding mission. So that in 20 years you can tell the kids about the time you dodged hobo dick on your way out of a Hollywood Boulevard Taco Bell. (Call me, I’ll try and do it justice without being able to convey the hand gestures in an audio-only format.)

Anyway, this is what you should do with this time:

The people you’ll meet on the Metro, especially on the city’s much-forgotten subway, will be among the least forgettable people of your lifetime. 100% satisfaction or your money back.

Experience the revitalization of the LA River: You can say you kayaked Styx back when people thought it could still be reclaimed.

Go to the Beach: I know, I know, I get ear-fulls of how great other beaches are, but guess what, you’re stuck here. So get your ass to the sand and sun. Learn to surf or something. Join a drum circle.

Then go skiing the next day. Because you fucking can. Sadly, Mountain High has been closed since March 5, but if they get a good snow, take advantage. 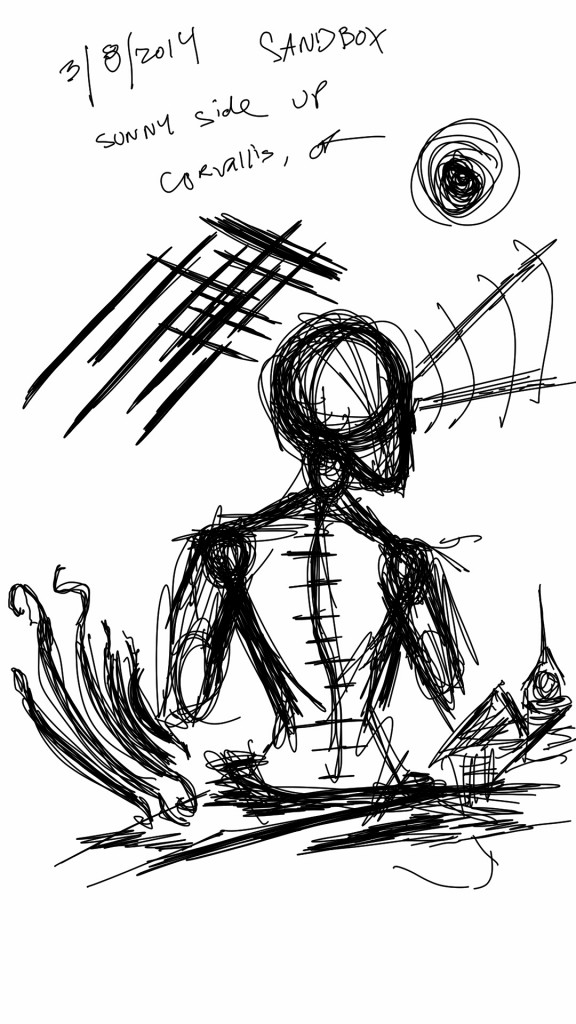 Go to Hollywood. Just so you can talk about how dirty and sad it really is.

Go to West Hollywood. On Halloween. You haven’t been to LA until you’ve watched two mummies face-fuck in front of a eight and a half foot tall drag queen.

Go Outside. That’s the whole point of this sun-baked microwave oven, isn’t it? Get a bike. Ride it on the strand and nowhere else. Unless you’re suicidal.

Like I said, this is an experience. It’s a crazy time in your life. Get laid, develop a habit (preferably for exercise or something that won’t kill you).

A note on the sketches: I drew these while we were listening to local band/musical thing The Sandbox.