I like how hacking movies always make the back end of sites look super slick and full of awesome graphics.

Uh, Sir, it looks like we forgot how to Internet.

Dad, in the last movie You hadn’t called me for a year, and now you want to know why I’m half fucking a dude in a university parking lot and I won’t fucking answer your calls? Cat’s in the cradle, motherfucker.

If the fridge bit worked for Indiana Jones, why not John McClane?

Hackers, take heed. You may think you’re L33T, but some day some sexy ass bitch is going to blow up your apartment and you’re going to find yourself trapped in a car with Bruce Willis

Um, Mr. Oliphant, when I joined a criminal gang, I thought there would be less weaponry.

“Sir, someone just changed our Windows theme to ‘Rose'”
“We’re under attack!”

And here we have the Internet boy misogyny everyone talks so much about.

Hey guys, opponents are tapped into our radio signal and are leading us somewhere ominous, pull into this blind alley over here.

“Hey bad guy, you look a little… hot. Maybe you should… cool off”

“What? Mr. Oliphant, how can you order me to kill people after I just killed, like, 20 people?!”

BEST LINE
“You just killed a helicopter with a car!”
“I was out of bullets.”

Where would the heroes of the world be without douche bag bad guys who can’t be assed to confirm kill?

Watching movies with hackers in them whit nerds is the best.

Now we know why Social Security is always close to bankrupt, they’re spending their money on THE PRETTIEST SERVERS IN HISTORY. Also, apparently taping DVD drives to them.

Oh shit, the government sent Tuvak. This must be serious.

“Sir, John McClane is on the line… he want’s to know what you’re going to wear tomorrow so you guys can match up.”

“He’s a digital Jedi, but not a real Jedi. Real Jedi have a minimum weight limit.

“Had to be John McClane. Someone else might have gotten it wrong.”

This is why you don’t pick your side-kicks for sexiness, Oliphant. Your L33T hacker bitch types with her first two fingers like a stroke victim Lewis Black impersonator.

This is what happens when you get complacent at your career. You make mistakes and let shit slip by you that would ordinarily stand out. For example: THAT BITCH IS NOT DEAD.

McClane, I hit that douche with a pipe for you, bro!

Remember when we murdered your girlfriend and we told you about it? SCREENCAPPED THAT SHIT.

“You cna fly one of these, right?”
“Apparently.”

“Oh, like I know about Thomas Gabrielle, what do you think, all us hackers know each other? You’re fucking racist.”

Let’s tie her wrist, but nothing else, because zip ties are expensive you guys!

“I thought your name was Genero, Lucy Genero”
“Not today. I have multiple personalities”

Looks like you will get Mai’s cut after all!

John McClane gets blown to bits by the Air Force, Matt gets shot and Lucy is raped repeatedly. Anally. And then shot. In the anus.

Rule number 1 of gun safety, never point the weapon at yourself.

For some fun leg cramp action. scrub to 57 mins.

For some reason, it decided to break it into 2 parts. I don’t know. I guess you get what you pay for.

Like my Die Hard liveblog/livestreams from Monday, Tuesday, and Wednesday, the Die Hard 4 party will be tonight at 5:00 p.m. PST followed by a journey to the theater for Die Hard 5.

Of course we won’t be broadcasting the movie, but you can watch along with us on your on copy. Amazon Instant Video also has a 24-hour rental for $2.99 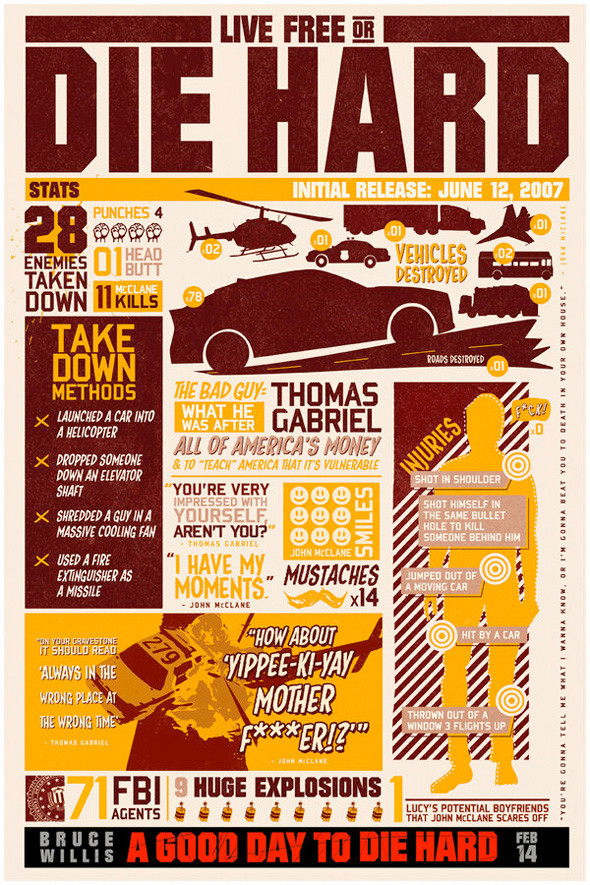