I know I get heavy with the feminism sometimes. It’s only because I’m a dried up, bitter cunt whose only joy in life is to belittle legitimate man pain while waxing histrionic about lady issues. But every three years Channing Tatum releases a dance movie, so I have to put that shit behind me for 90 to 120 minutes in order to love everything about that man. 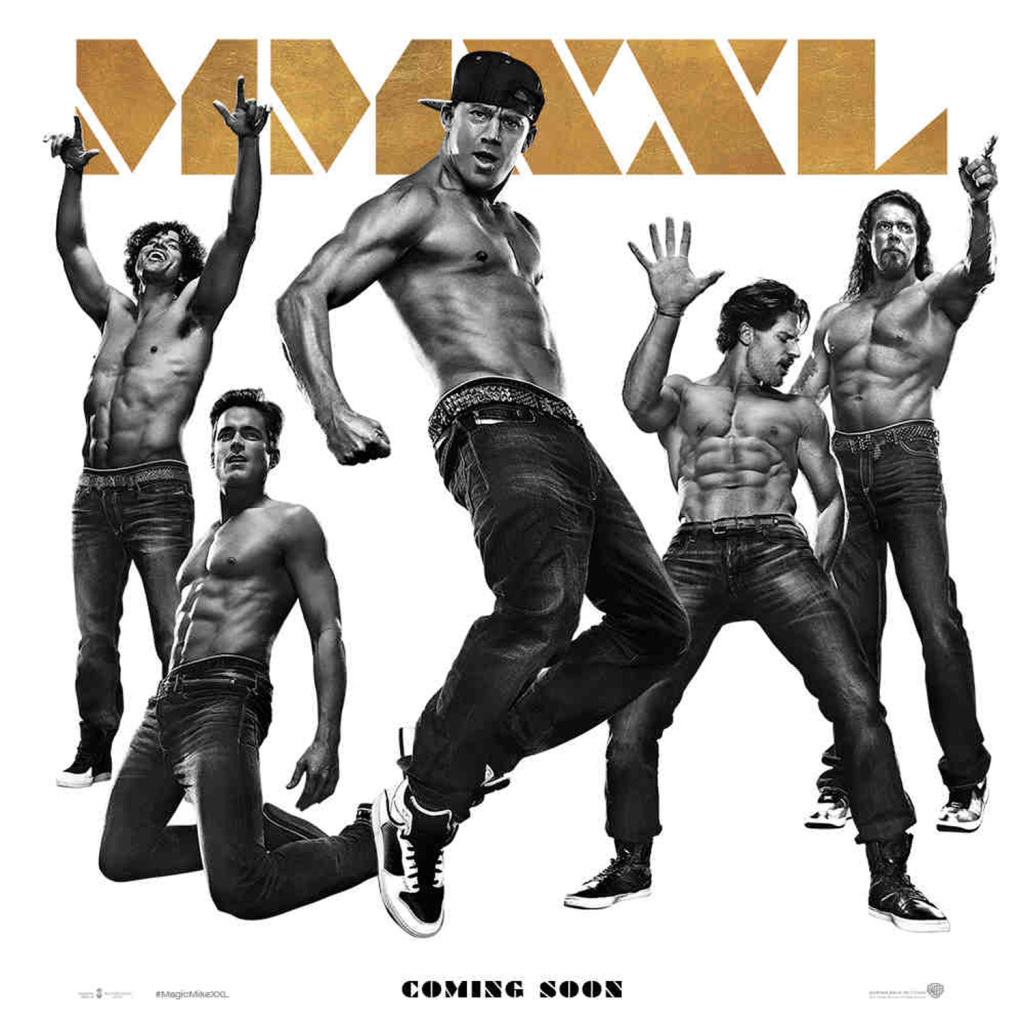 If you were already a fan of hot dudes or comedies rejoice, this movie is for you. The unanimous consensus amongst our group was that it was actually way better than Magic Mike 1 (which I reviewed here).

While the first Magic Mike was a tear-down of aimless young men, XXL was a love note to the all-American straight dude written by Channing Tatum, but meant to be read by women the world over. The narrative in the first one was all about getting the girl, XXL is about the journey and the characters. The girl is secondary, and obtaining her is basically an unaddressed afterthought behind being nice to her and making her laugh.

This movie is all about being an excellent straight guy. Maybe you feel a little lost, maybe you laugh so that you do not cry, and maybe you have some issues regarding love and being lovable that you’re going to have to work though at some point, but first it’s time to take your clothes off for money.

Straight dudes, you’re awesome. You don’t care about dumb shit like whether or not someone’s gay. You’ll go to the gay bar and vogue with the bros, because ‘fuck it,’ that’s why. You’ll hang out on a beach smoking weed with a drag queen; maybe at some point you end up wearing her wig. It’s cool, we’re all friends here.

You let a hot girl take a picture of your penis and then drive across three states to make her smile. Or at least you would if you were a professional stripper and were on your way to a stripping convention and she was en route anyway.

You ask your bro if he banged a girl, but not for the bragging rights, because you’re actually invested in the emotional health of your bro.

You have a dream. Maybe it’s a dumb dream, who cares. You’re busy making that happen and even if it doesn’t look like it’s working out, the important thing is that you tried. And that you had fun.

You’re the type of down-home dude that will name his movie XXL and actually have some XXL women in it.

You’re not just bro to your bros, you’re bro to the ladies, and that’s why we love you. You make movies like this, where the plot is easy, the jokes are hilarious and dudes are mostly shirtless or otherwise under-dressed.