While I was going through my closets trying to find shit to give to goodwill today, I ran across a journal I kept between 2005 and 2007, my sophomore to senior years of college. Some of this stuff is pretty great.

Ben says that he’d rather amputate his cock than an arm.

He says it only gets him into trouble anyways.

I say that if he had been systematically denied any manifestation of a sexual self by a misogynistic culture he’d feel differently (as I do).

He says that, in a culture that makes him a misogynist, it would be a relief to no longer be an oppressor. 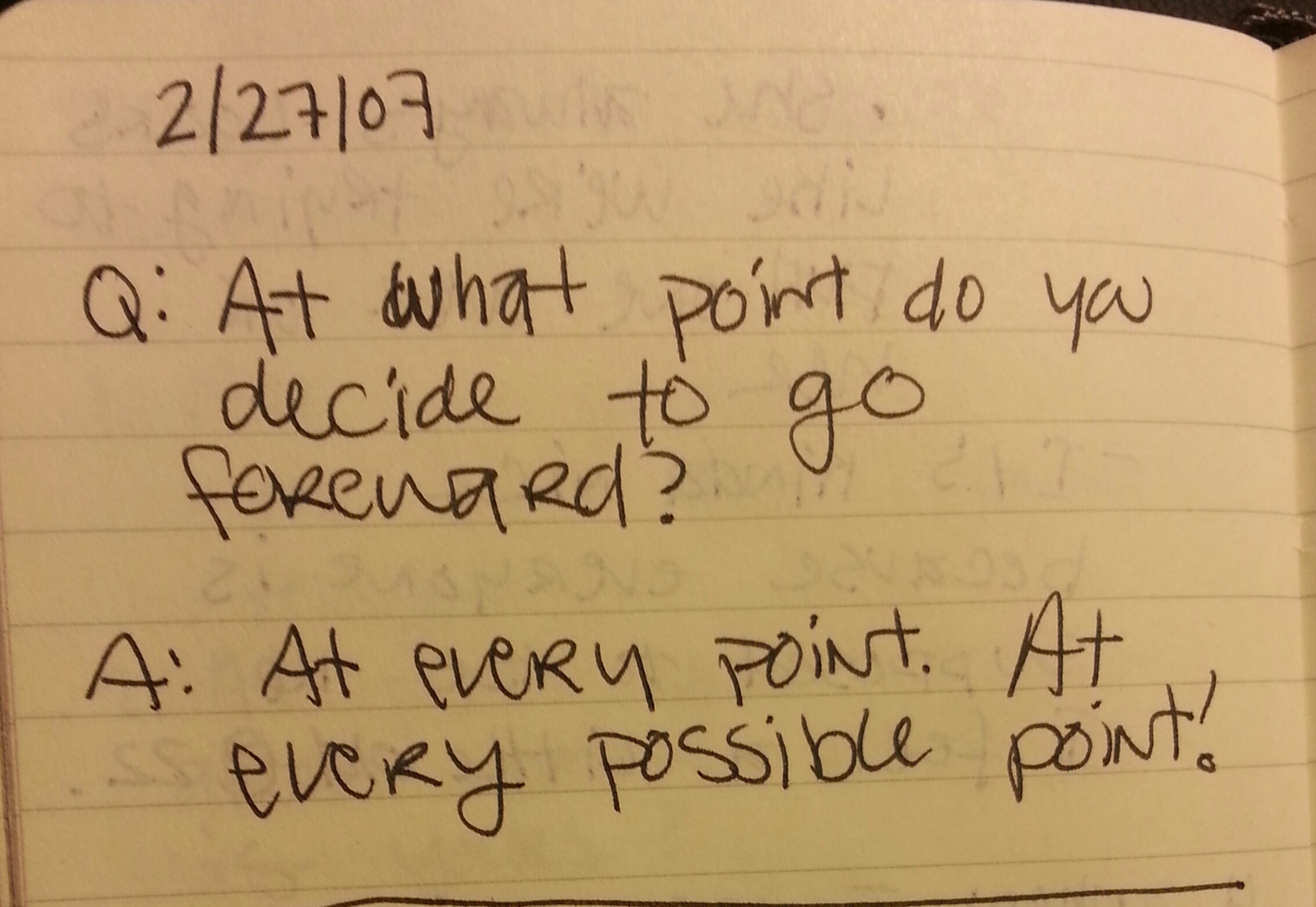 I come, at heart, and in my entirety
From the gutter.

Who could have asked for a better jumping off point?

Everywhere else is clean and sparkling
And when I’m overwhelmed with the fresh-smelling, bright-shinning world

I know where I belong.
Even if I never go home.

Every night my boyfriend checks the locks
He checks because he thinks that the danger is outside.
He doesn’t seem to think locks can also keep you in.

My mother calls, I wait for voice mail.
You never can tell.
She’s detoxed again, was out of control.

My mother calls and tells me to look at the moon.
It’s beautiful and we look together.

My mother at Christmas tried to fight me on the front lawn.
I could feel the neighbors watching.

My grandmother calls, I wait for the voice mail.
You never can tell with that one either.

After the fight, I was driven back home.
Tell my grandma I love her.
Tell my mother I’m sorry.

Call me, and maybe I’ll tell you I didn’t mean it.
Maybe we’ll look at the moon.

Let her. Let her turn out like her mother.
That bitch never listened.

Let her.
Don’t tell her.
Let her fail.
And she’ll learn.

I wanted to work hard
So hard I ached

I wanted to be good
But only because I was good

I wanted to sleep the whole night
Naked with my love

I wanted to be important to myself.

I wanted it all 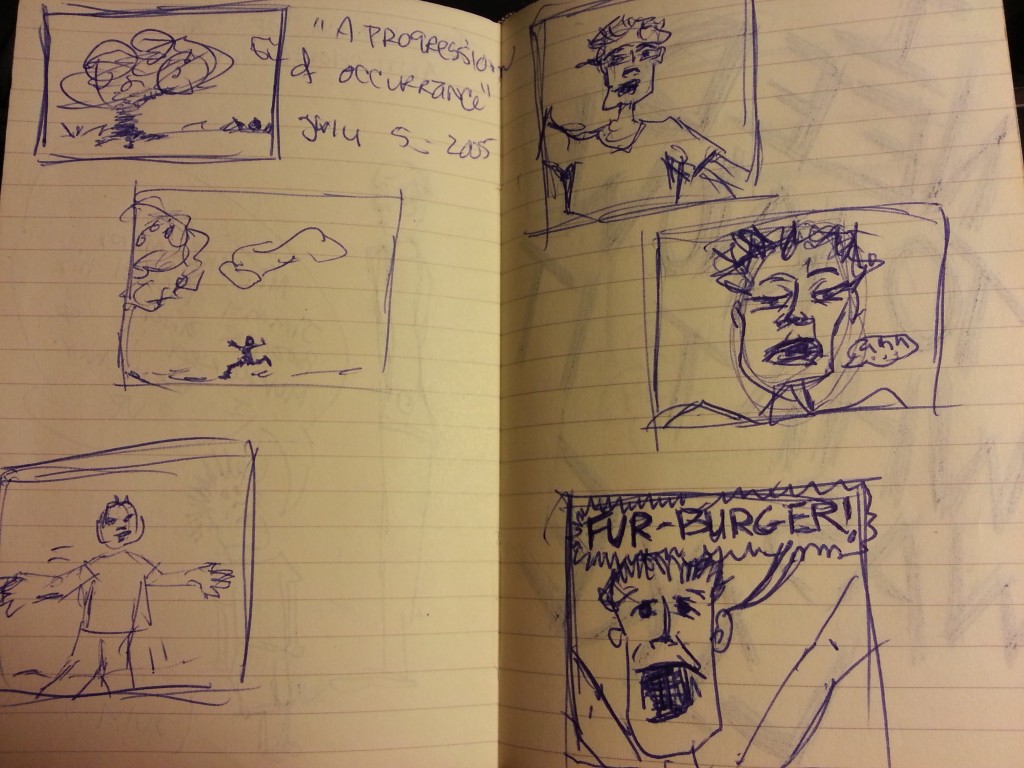 I am the nothing that has no seat in this house

He never chases me into the yard

I bathe in moonlight 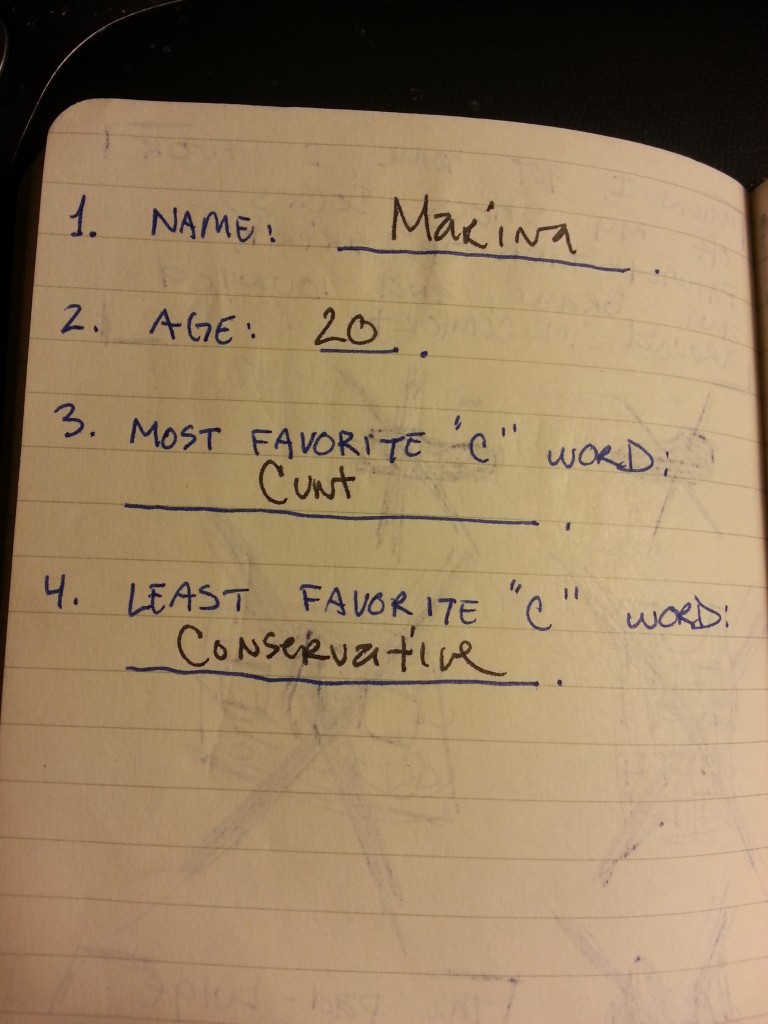 I’m sorry that I laughed

When you said that your people came from dirt

I really should be nicer to ignorant white women

Sorry again for the outburst
You were only talking