I didn’t look for this. This was in front of a Niki Minaj video. I was still cussing at the screen well into the first chorus.

We already know who Bud’s people are. We are very sad to admit that it’s us. If rednecks love Coor’s, wetbacks love Budweiser. It’s fucking gross. 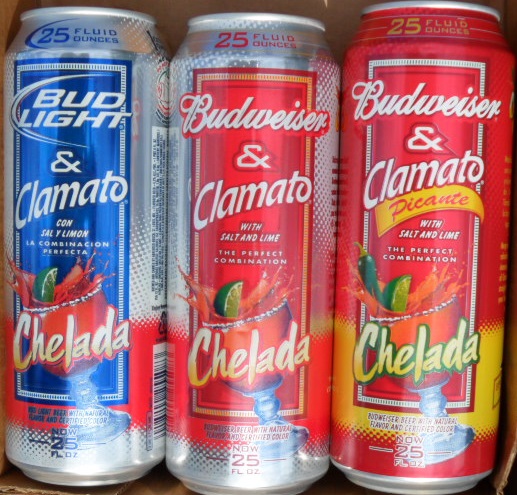 Let me guess, was Taco Bell too classy to take this one on?

(Given the superior tone control of their online marketing engine, I’m going to say yes.)

And that shit about screening the movie “in their native language?”

Yeah, a lot of farm workers speak Spanish better than they speak English. That’s due to poor educational opportunities afforded to them because of their undocumented status, or their second class citizenship, either as green card holders, or as children who entered farm working with their families at far younger an age than any “American” child would ever enter the workforce. The fact that we have an entire population of workers who have trouble communicating with their employers in any meaningful way isn’t something those employers should be so flippant about.

And that shit with Paul Chavez stumbling over his Spanish lines? Cesar Chavez was born in America. His son, Paul, was definitely born in America. The man speaks fine English. This is a god-damned minstrel show.

If we lead a bunch of Anheuser-Busch VPs into a fucking dirt thatch in California’s central valley, how do you think they’d react to this second-hand clown-shoe of a non-gift? What if we showed them a super-secret preview of Jonah Hill’s newest douchetorial The Wolf of Wall Street? What if we screened it in their native language. I don’t know what white people’s native language is. Maybe we’d just make Gwyneth Paltrow, read all the lines from a podium set in front of the screen. Do you think they’d file calmly in front of the cameras to chirp “this is white privilege” while waving tiny American flags and monkey-dancing for the folks at home? I highly doubt it.

Latino-Americans are not a fucking zoo exhibit that you can feel good about petting through the bars of our own socioeconomic oppression. Farm workers feed this country, they deserve housing, and education, and equal fucking pay. Si se puede is not a joke we tell, or a trick we do for white people’s amusement. Si, se puede means “it can be done,” but if it can, it hasn’t been yet. We are still a side-show to our white American neighbors. We still clean their shit, and raise their kids, and pick their food, and what do we get? Othered, and alienated, and treated like lap dogs who do tricks for white scraps.

Budweiser isn’t building a cultural bridge here, they’re not helping anyone or making things better. The white guys threw a bean party so that they could record it and take it back to their white customers and white share-holders while they all pat themselves on the back for their honest, “meaningful” treatment of the “real heroes.” AKA, the long-suffering back-bone of America. The same people who don’t get to go to school because they’re too busy chasing the growing season around the country, the same people who don’t get treated like they belong here because of how they look and how they sound.