I don’t know about you, but I love a good action movie. Explosions, baddassery and sweaty dudes as far as the eye can see. Also, running in slow motion, generally in front of explosions. Did I mention explosions? I love the idea of a completely unrelenting, unrealistic asskicking dudebro doing fantastically unhuman shit for the good of the universe. Or Los Angeles. Same thing. Seriously, every time Riggs chased a bad guy down on foot (in tight jeans), every time John McClane kills a helicopter with a police car, every time Will Smith goes “WOOOOO” life is a little more awesome inside my heart. These men never falter, never fear that all is lost. You never see Samuel L. Jackson throw himself sexily against a wall and sink down to the floor in despair, crying softly as tears stream down his full, oddly glossy lips in the middle of a war zone. But you know who does pull that shit? Female heroes. Every. Single. One. A lady can’t get through a fight these days without the obligatory nervous breakdown. The only man equivalent might be Murtaugh’s penchant for bath taking. But that’s a manly bath. There’s no crying in man bath!

What cosmic law is it that compels action writers to make the ladies cry? Is there some idea that I, as an action fan want to watch this whiny bullshit? because I don’t remember making that claim. Is there something I’m missing as a lady action fan? Perhaps taking a hammer to the arc of an otherwise awesome, no-nonsense buttkicking character is somehow attractive to dudes? Look, she’s a dangerous super-spy, computer wiz munitions expert gymnast marine, but she’s also the kind of delicate flower who will take 15 minutes in the middle of a mission to cry in a hallway as loudly as possible without regard to tactical advantage or the full face of make-up she’s been wearing this whole time. How robust.

You know one thing I give no fucks about? How well rounded my action superstar is. I don’t care about an action stars inner turmoil, his or her insecurities or fears. What a load of horseshit! Are you blowing things up? Then carry on! THERE’S NO CRYING IN BLOWING THINGS UP!

Even in movies where there are both male and female heroes, there’s always a break for the lady to cry. Mr. and Mrs. Smith? She totally curls into a little ball and sobs like a child. Yeah, she just fell from a ceiling, but when Mr. Smith got fucking stabbed, he didn’t even flinch. Bitch is an international super assassin on a sociopathic level, and all of a sudden there’s a little bit of shooting and she loses her ever-loving shit while hubbs just keeps on going? COME ON! Even Black Widow in The Avengers has herself a cry break. No spoilers, but there’s a part where she’s not on screen for about 15 minutes while the dude heroes save the day. When next we cut to her, she’s in a ball on the floor having a ladytime. SO LAME! 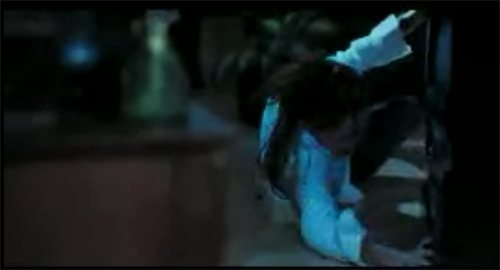 Mrs. Smith is in trouble 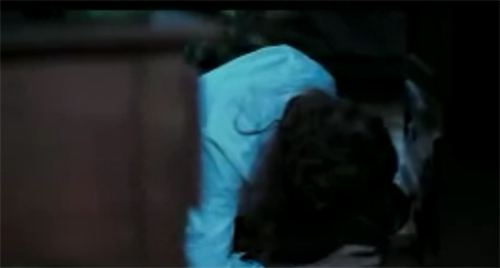 Mr. Smith to the rescue!

For whatever unwritten reason, lady action heroes BLOW. They couldn’t get through an intense game of dodgeball without bursting into tears.

Which is yet another reason why I love vidoegames. As long as a game gives the player the choice between male or female protagonists, the female character automatically has to be as badass as the male. Maybe that will change as games get easier and cheaper to produce, but for right now, there’s just no budget for the riggers, programmers, artists and writers to have a breakdown moment just for the lady protagonist. At least in the main gameplay moments. Lately PRGs like Skyrim and Mass Effect have started adding special dialogue directed at the female player character. Usually I find this annoying as it is almost always pandering, but sometimes harassing or downright mean, which is actually the reason I tend to play male characters.

Call me old fashioned, but when I grew up in the glorious 80’s, the overwhelming message to the children of the age was that boys and girls, black, white or purple were all EXACTLY THE SAME. Granted, that ended up white-washing a lot of minority experiences, but I still carry, deep in my heart, the Captain Planet style belief that everybody gets treated with the same respect as everybody else, and I’m pretty sure James doesn’t spend ME3 ogling male Shepherd’s breasts. That’s just a guess. My male Shep hasn’t made it to ME3 yet.

On the one hand, Jame’s clumsy attempts at sexual harassment are totally comic relief (am I a bad feminist for saying that? Probably.) It’s not like Femshep can’t handle herself. I mean, she is an intergalactic badass on every conceivable level. In the case of James’s advances, I actually am more pissed that he doesn’t hit on male Shep as much as he hits on Femshep. Why does a character like James feel it’s okay to treat a female superior officer like that, but not a male superior officer? I mean, yeah, from what I hear he calls Male Shep Loco. Not the same as Lola. Lola is what you call the girl you’re think you’re not cool enough to bone. Loco is what you call the dude who’s assaulted people with kitchen utensils. 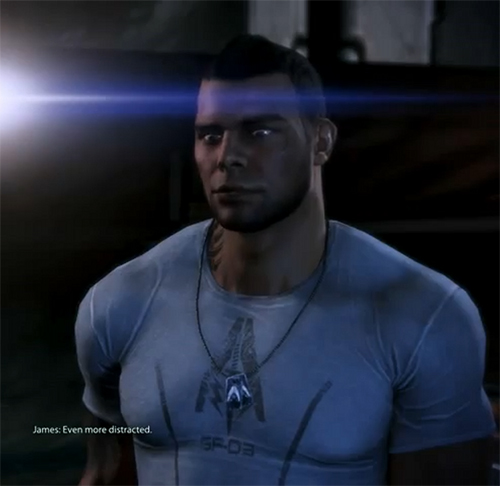 I’m sorry, CO, but your boobs are so… boobtacular.

Basically, the girlification of our heroes is creeping into games, slowly but surely, which tells me that the intention is there to make our female heroes less awesome than the guys, but until such a time as EA can justify the budget for a crying cut scene less than 1% of players will ever even see, we at least have this. And by we I mean me and the 10 other people this shit seems to bother.

It’s not that I don’t want specialized dialogue at all. If I didn’t like that stuff, I wouldn’t have three different Sheps in various stages of development. However, I think that specialized dialogue can be less pandering, for lack of a better word. As far as dialogue goes, Mass Effect is probably one of the best examples, overall, of a really well written game.

I understand that a lot of people will read this and think I’m overreacting. To that I want to say, I had to write about something, didn’t I? But what I really should say is this: If being involved in gaming has taught me anything, it’s that we’re at a place where fans have more influence over the product that they love than ever before. Producers, writers and directors listen to us. We can see it in the games we play every day, but there’s also evidence of it in the shows we watch and the movies we see.

So because of all that, I want to say, once and for all: I’m fucking sick of watching women cry in action movies. I’m sick of awesome action stars all being dudes (although, believe me, I appreciate the parade of hottness). It pisses me off when the specialized dialogue for female player characters does the same thing. I get making a specialized experience based on player input, and that’s cool and all, but stop pandering to my lady Shep and just keep her as badass as always. I made her a lady, I happen to be a lady myself. I don’t need special treatment for being a lady. Turns out I’ve had a vagina this whole time you guys. I don’t need NPC dialogue to remind me.