We saw Ant Man on Friday, which I totally enjoyed, but I did have some issues with the character of Louis, played by Michael Peña, who just happened to be the title role in Cesar Chavez, another movie that pissed me off recently.

On the one hand, thank you white people for including not only a black guy sidekick, but also a Mexican, and for some reason a Russian as well. I don’t want to make it seem like I’m not grateful for any representation at all, even as a bumbling, silly talking ex-con hit parade. I know that Louis the cholo sidekick from prison is not cannon, and I’m real grateful you remembered that we exist. Even that you remember the disproportionate number of black and Mexican men in prison, which you illustrated well by packing 99% of the actors of color into the prison bits. 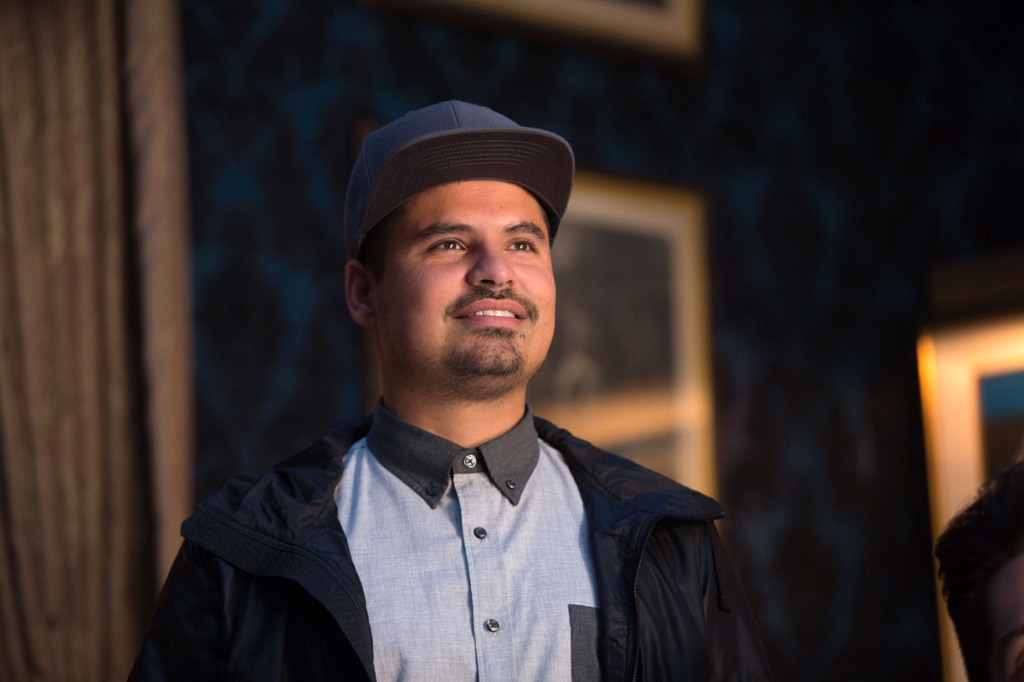 You could have left the only POC characters as that one black avenger and the douche-cop’s forgotten partner. Maybe I’m just being uppity here, but I kind of feel annoyed that Louis and the ethnic sidekick trio are the comic relief. Look at these wacky crazy POCs, look at them be mostly incompetent and ridiculous. Look how they don’t take anything seriously; not like the white guy American they need to motivate and organize them.

But I feel conflicted because I really liked the character of Louis. He’s cute and funny, and secretly smart and good at stuff despite the fact that his default presentation is happy-go-lucky moron. One of the great things about being constantly underestimated by monoculture is that you can use that perception in order to pull the wool over the collective eyes of the public and profit despite your lack of social agency, and Louis portrays this perfectly.

Most minority populations have a trickster-fox archetype that pretends to be an idiot in order to blindside the oppressor for the benefit of themselves and the community. We love that shit.

So hooray secretly smart Louis who went to prison for stealing two smoothie machines (seriously, a white guy would get community service for that), which I hope is all they could make stick while he secretly got away with way more than that. Dude does live in an actual apartment in actual San Francisco, so you know he’s got crazy shit-tons of money from somewhere. Doesn’t their apartment have a locking gate and a real kitchen? That’s, like $10,000 a month right there.

But I really wish we could have a smart, capable latino character who doesn’t have to be a fucking stereotype, or comic relief for once. You guys know that our strange cultural obsession with clowns doesn’t mean that’s all we can be, right?