I woke up this morning with really terrible vertigo. After two hours spent edging myself into a sitting position, about 20 facebook comments, and a really extremely helpful phone call from my friend Big Ben, I got the spinning down to a gentle tilting, which is still with me as I write this at 10 p.m. Facebook is saying it’s an inner ear infection. I’m really hoping it’s just a new and more severe presentation of my usual TMJ symptoms. But if it gets worse, obviously I’ll have no choice but to seek treatment.

Anyway, tonight I watched Almost Human after reading about it in conjunction with my other fave new show Sleepy Hollow in a Slate article on the state of race on Fox. Given how much I like silliness meets racial awareness and snappy costume design, I jumped on the chance to have more of it. 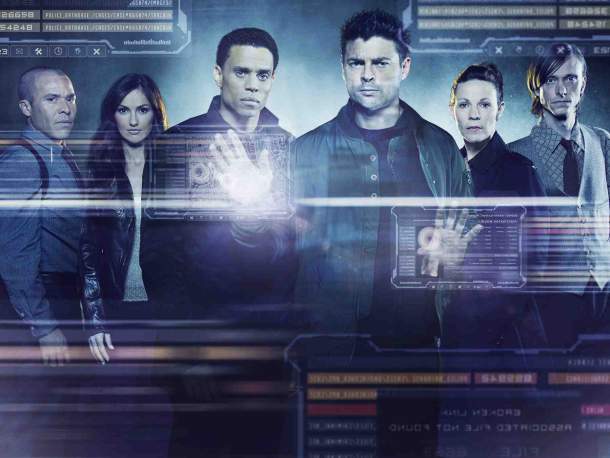 My first impression of this show is overwhelmingly positive. I like the future world they created, I appreciate the hot man sandwich that are the cop protagonists of the show, and I enjoy the obvious set up for their enemies-to-lovers character arc. Also, it gives me a warm feeling inside to see Lili Taylor on a screen. Ever since I Shot Any Warhol, I’ve just loved her for some crazy reason.

The pilot itself was a simple introduction to the characters. John Kennex is a salty, wounded douchebag with a hate-on for androids and a habit of breaking the rules. Dorian is a cool-guy AI with a kind heart and a somewhat mysterious (or at least heavily redacted) past. Throw in a singularly evil and formidable organization called The Syndicate, or The Order or whatever, a dead partner, a missing girlfriend, and everything starts to come together real nice.

The way they could ruin this is if they keep Kennex too cunty or too long, or if they make Dorian the clear-headed Tonto to his loan ranger. D displayed some snapishness in the first episode, and I hope that take no shit attitude carries over to the rest of the show. The second this starts to look like the future cop Baggar Vance, I’m out.

Take a look if you like biting racial allegory, futuristic cityscapes, sexpots with crazy blue eyes, underdog outcasts, PTSD amputees, primetime levels of gore, and/or laid back chilled dude realness, all without taking itself too seriously. I’m definitely keeping my eye on this show.