I found this while I was looking through my old poetry journal for bits of terrible to force on you guys. I didn’t think it belonged with the bad poetry, but I really liked it. It was written in April of 2003. I was a senior in high school, and I’d been living in my friend Kate’s garage for about a month.

I still think of this time as one of the most significant of my life. It’s when I really got to test my own theory that I was a pretty decent human being, despite what my mom said, and despite what my family looked like, and what my prospects were. I’m really glad I didn’t listen to people who said I couldn’t go to college with no money, and institutions that suggested that that maybe I wasn’t middle class material. I tested a theory that I could be whatever I wanted, and it turned out I was right.

Bored and Alone in the Middle of the Night

The culmination of all my years has come to this: Tonight

I live in a garage. I know little of the world. I own one truck, several ties and too many books. The things I know about myself I can count on one hand:

I grew up in a house on a hill with a 6 foot fence. My favorite childhood show was Law and Order and I had a therapist before I turned 7. Once I was tied to a wall by a dog collar around my neck. Once a boy I gave a hand job to stole a dog collar for me. Then he stole it back. I forget his name.

I currently exist in a state conducive to very bad, retrospective writing. I want to be a writer.

I miss kissing. I miss feeling like if he takes his hands off my body for even a second, I’ll die and if he keeps them on I’ll explode. You know it’s been so long, I think I’ve forgotten how? All the tricks I used to do for boys I do for crowds at parties. Cherry stems in knots, feet behind my head. I’m holding out for something real that might not ever come.

I’m not sure how much more time I have

I don’t know why the fatalistic downturn. I think I was at least 25 before I realized that my life was too ordinary for me to die young. I kept expecting something terrible to happen at any moment. It makes sense. That is my pedigree, after all.

If course, anyone that knows me knows that the fall after this was written I went to college and met Ben, my partner in felony sexual deviation for the last 8 and a half years. I happened to have very recently been brushing my teeth while he took a shit in the same room. So I can assure you, our kitchen will never be the same again. Also I’ve found something extremely real.

I’m so glad I found this writing from a younger self. The whole time I was pushing forward for college and independence from my abusive mother and my dysfunctional family, I was surrounded by doubt. I wasn’t sure if the things I wanted (education, healthy relationship, financial solvency) were even things a person like me could have, but I had to try. The idea that college, or happiness just isn’t for some people sounds ridiculous to me today, but so much of the way I see the world today, the confidence I have in myself, has to do with 18 year old me deciding to do something no person in my family had ever done in order to get something I wasn’t even sure was possible. 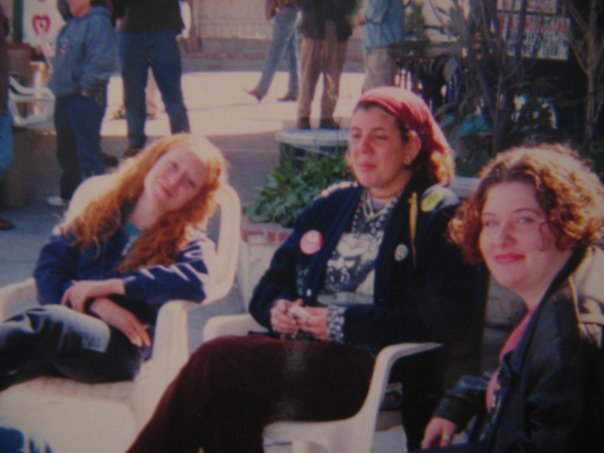 2 Replies to “A Letter From Another Me”