Good news everyone, 2013 has been an awesome year for the blog, and it’s all because of you guys.

You’ll notice that, of the posts written this year, the top two are written in February and July, also my most popular months, although the post popularity and month popularity are flipped. This follows a trend that my blog seems to have always had, where one or two posts generate the majority of the clicks, leaving a much lower number of regular readers. I’m not sure if other bloggers have this experience as well, especially to the extent that I do, where a post from 2011, the female masturbation post, is actually responsible for nearly 20% of all my traffic this year. 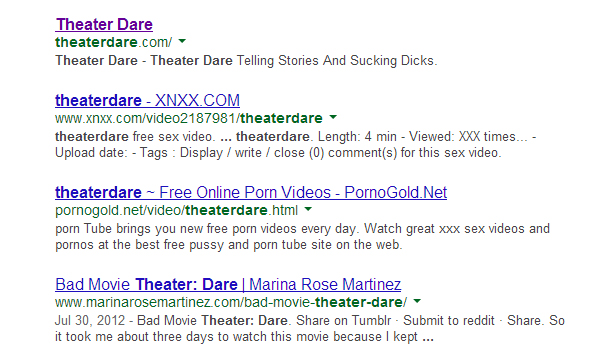 As you can see on the graph, I ended 2013 better than I started, with 4,300 pageviews in January and 6,800 pageviews in December, but I didn’t experience the same consistently upward mobility that I had in 2012.

I wonder if this represents a leveling out of the readership, or just that a larger readership is harder to mobilize. Not that the group is really that large, even with all our growth. The vast majority of my visitors only ever come to the the site once. After removing the outliers, and accounting for weekends, my math suggests that I have about 100 regular readers. I friend more than three times that many people on Facebook and six times that follow me on Twiiter. So when I say that the people who read this blog are basically my closest friends, I’m not fucking around. You guys obviously know me better than anybody else, and, based on some of the shit I write on here, you probably love me more than anybody else if you’re still here.

Last December, I wrote about what I wanted in 2013, namely to make more money as a freelancer (at the time I had a full time job), and to get at least a little closer to moving to Oregon. Both of which have happened. Not necessarily in the way I thought they would, but for better or for worse, I’m now making 100% of my income from freelancing (bye unemployment, you guys were dicks and I hated dealing with you), and we’re fully focused on Oregon being our next move. It’s nowhere near a sure thing, but we might be moving as soon as March. We’re shooting for Portland, but we’re not picky. So if you hear of anybody looking for a blogger who specializes in swears, hook me up.